Dr Lisa Slade is Assistant Director, Artistic Programs at the Art Gallery of South Australia. She is accountable for the strategic leadership and development of the artistic programs and the overall management of the Curatorial Department, Exhibitions, Publications, Public Programs and Education teams. Her recent projects include Tarnanthi: Festival of Contemporary Aboriginal and Torres Strait Islander art; the 2019 Venice Biennale collateral project Living rocks: a fragment of the universe; the national touring exhibition Quilty; John Mawurndjul: I am the old and the new;  the 2016 Adelaide Biennial of Australian Art: Magic Object and Sappers & Shrapnel: contemporary art and the art of the trenches. Working as a member of the Strategic Management Group at the Art Gallery, the Chair of Artlink Australia and as the Chair of the National Cultural Heritage Committee, Slade actively and collaboratively champions Australian art and artists and has a particular passion and commitment to Aboriginal art. 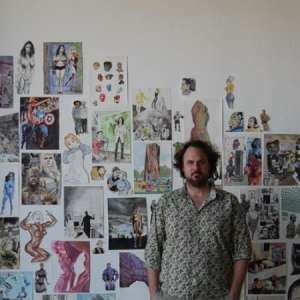 Jonathan McBurnie is an artist, writer and cartoonist, based in Queensland, Australia.

McBurnie began self-publishing comic books at the age ten, and his life has been a series of constant projects ever since. Completing a PhD at Sydney College of the Arts, University of Sydney, in 2014, his thesis and accompanying studio works explored the shifting role of drawing in the digital age. McBurnie approaches his work as a collision of high and low forms, and seeks the narrative propulsion and dense visual language that lies in the tension between these forms.

McBurnie is presently the Creative Director of Perc Tucker Regional Gallery and Pinnacles Gallery, and also writes on occasion, having been published in Eyeline, Catalogue, The Lifted Brow, Penthouse Australia, the Journal of Asia-Pacific Pop Culture and Sneaky, where he was the Visual Arts Editor.

McBurnie is currently working on several projects, including a co-written book of contemporary comics theory for Rutgers University Press, and a soon-to-be-released graphic novel, FLOODLAND, from Canada’s Argle Bargle Books, and several exhibition and small press comic and zine projects. 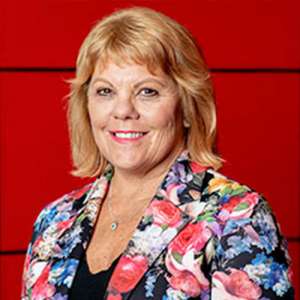 Professor Cindy Shannon is a descendent of the Ngugi people from Moreton Bay. She is an Emeritus Professor with the University of Queensland and was the Pro-Vice-Chancellor (Indigenous Engagement) at the University of Queensland from 2011-2017 and Director of its Poche Centre for Indigenous Health. Prior to that she led the development and implementation of Australia’s first degree level program for Aboriginal and Torres Strait Islander health workers. Cindy has led major reforms in Indigenous health and played a key role is supporting the establishment of the Institute for Urban Indigenous Health in supporting South-East Queensland.

Professor Shannon has contributed to Indigenous health and education policy in Queensland and nationally. She served on the Council of NHMRC from 2005-12 and is currently the Chair of the Queensland Ministerial Advisory Committee on Sexual Health, Chair of the Queensland Aboriginal and Torres Strait Islander Foundation, a member of the ARC Advisory Council and sits on a number of not-for profit boards, including as the current chair of the Brisbane South Primary Health Network and Advisor to the Gold Coast Health and Hospital Board.