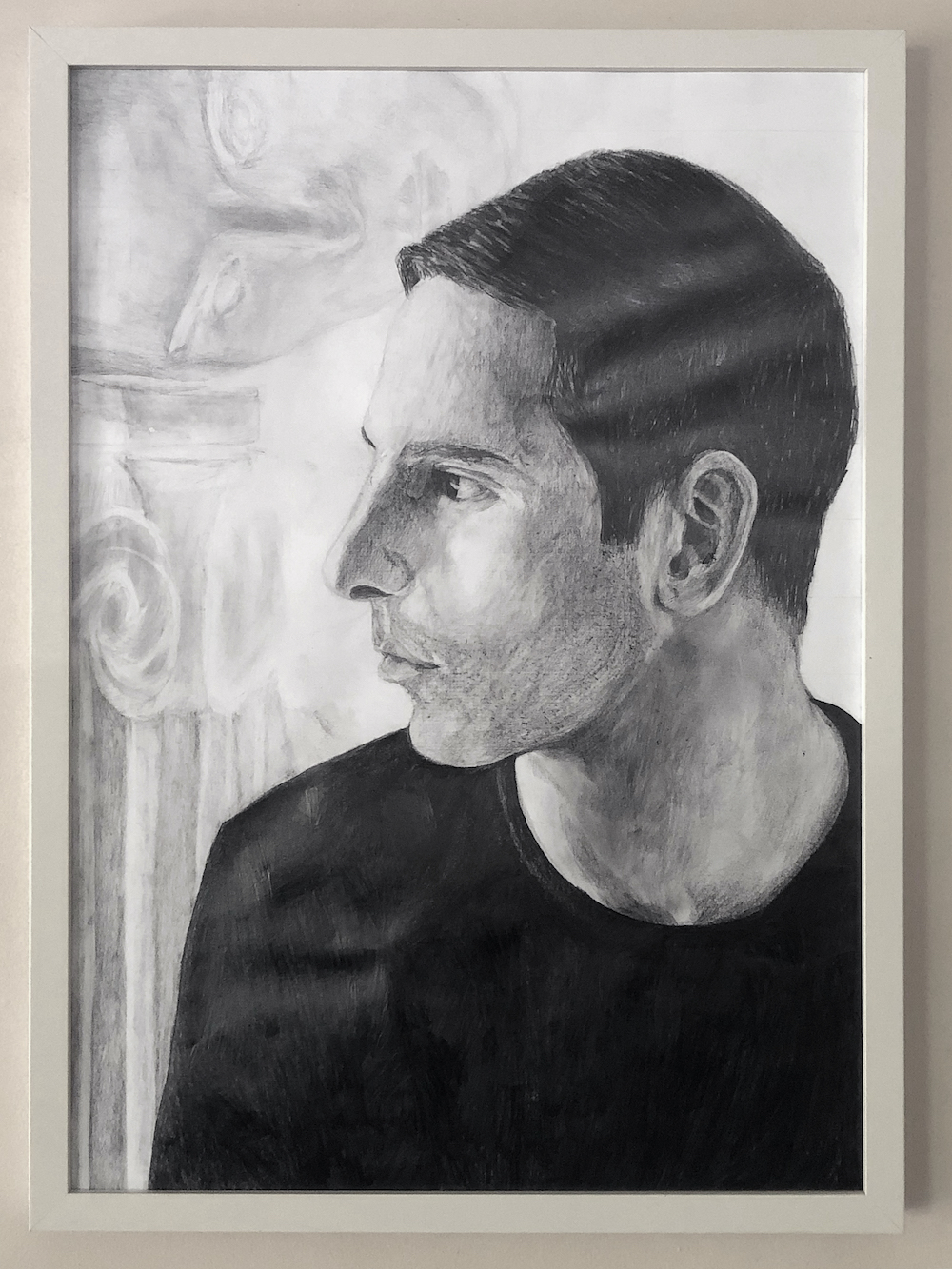 The Heads of the Artist by Oliver Davis

The Heads of the Artist

I wrote to Michael who agreed to be my sitter after my dad talked to him at GOMA and showed him some of my work, including my entry for last year’s Brisbane Portrait Prize.

I like the realistic details that are in his drawings and paintings. I drew this picture from a photograph that Michael sent me. He has often referenced himself and his Greek Cypriot heritage in his work. I chose to draw Michael in profile. Softly in the background, I included a reference to one of his paintings entitled ‘The Head of the Artist’ – a sculpture of his own head resting sideways on a Grecian plinth.

Michael graduated from the Queensland College of Art in 1996 and lives in Brisbane. I moved to Brisbane in 2013 and I love that such an accomplished artist lives and makes his work here. At 13, I’m not sure what I want to do with my future yet, but perhaps when I finish high school, I might also want to attend QCA. 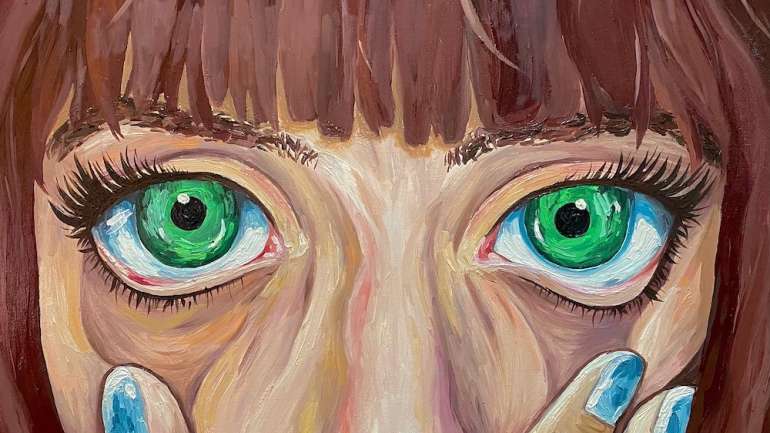 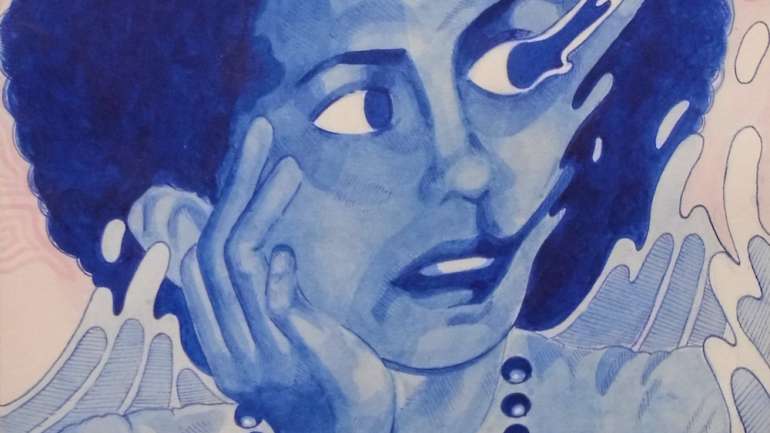 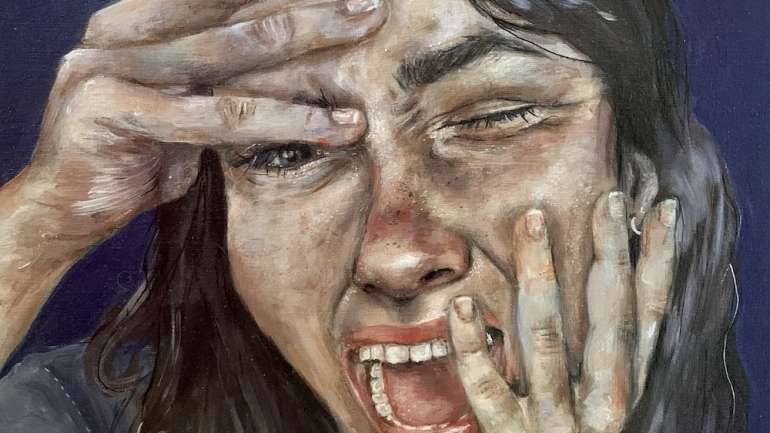