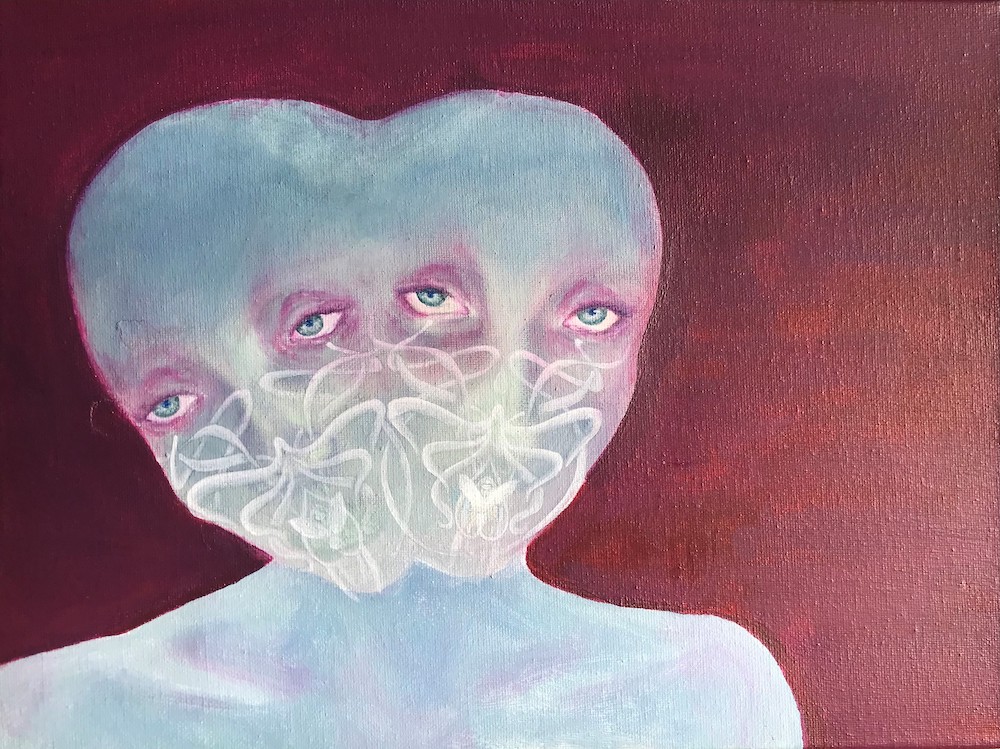 Within this self-portrait I incorporated three symbols representing important aspects of my identity that all tie together into one cohesive message. I began by drawing myself with two faces, with the motivation of depicting the discomfort of being trapped within the gender binary and the expectation of having a set place in the world. I wanted to move away from this idea of boy/girl and focus on the sensation of forced duality. This is to show my experience of not feeling as though I belong to either standard but how I feel trapped between the two perceptions placed upon me. I decided to remove features from the face to create a sense of androgyny rather than projecting this binary with an overly feminine and masculine face. I chose to cover part of my face with a natural and organic pattern. I used this piece to represent beauty in an abstract form and take away defining human features. I chose to depict myself in a way that felt foreign and inhuman whilst trying to maintain my identity through my eyes. The red background and blue body attempt show my feelings of alienation from the world around me. 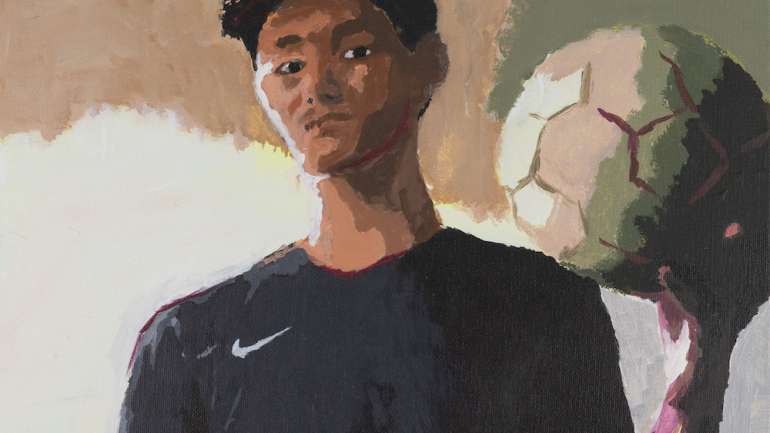 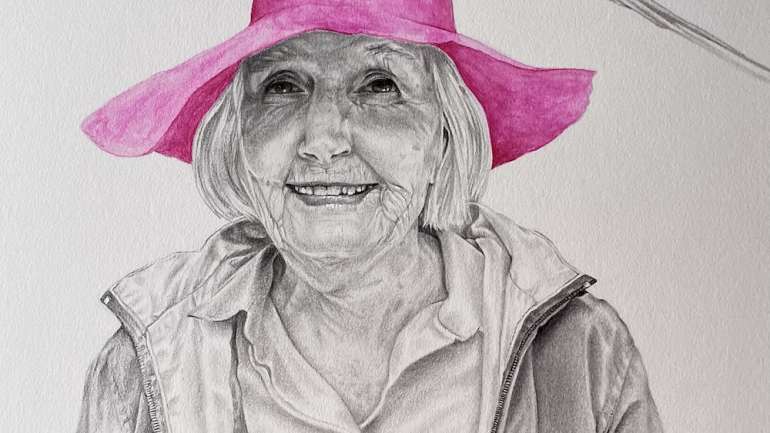 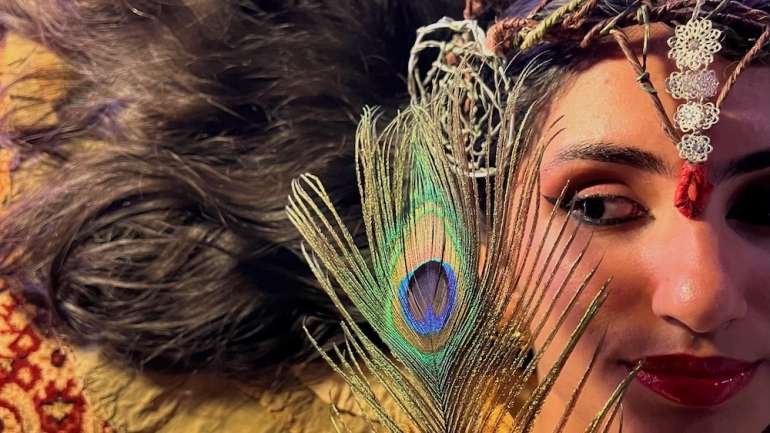