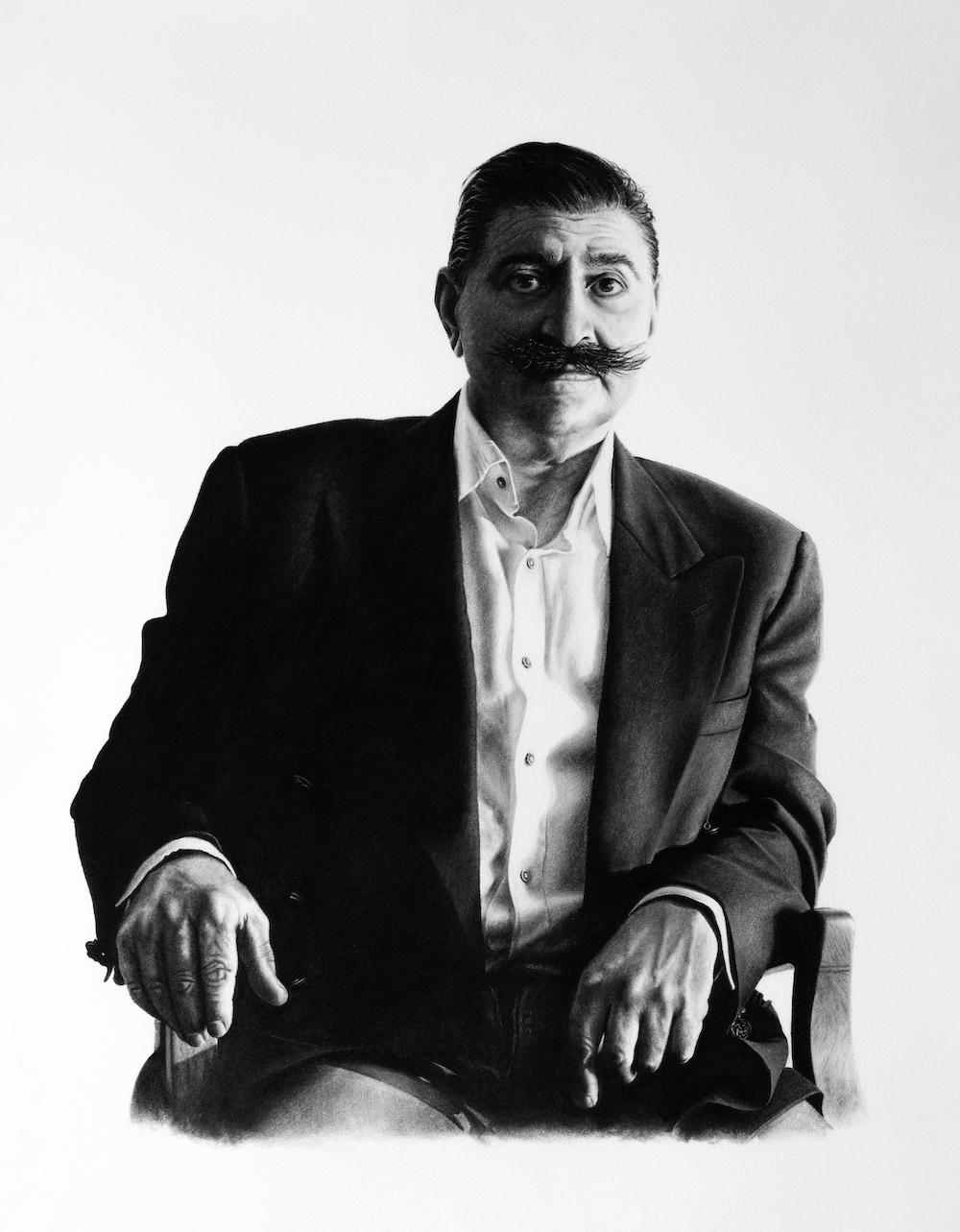 Roman Longginou’s portrait of his father, Nicolas, “..originates from a place of love. “Time moves quickly and I wanted to capture his likeness. Pictured wearing a jacket he gifted me some days earlier, a memento from when he was my own age.

“We inherit much from our parents. As a son, I carry more than my father’s image. Like marks laid on paper, there’s permanence in every action, and though there are shadows, my dad leans into the light.”

Nicolas Longginou is the fourth of six siblings and son of Cypriot immigrants. With his brothers, Luke and Andrew, he directs Brisbane-based electronics company Voxson. Roman says of his father: “He’s not perfect, but he would argue he’s close.”

Roman Longginou, a Brisbane-based artist, studied Fine Art at QUT. His drawings are ripe with symbols of idolatry, memento mori and the ephemeral. Bringing together appropriated and original imagery, he develops tensions between desirable objects and their decay. Longginou is inspired by the idea that “seeing is an act of faith;” he explores how the images we behold inform the images we become.

"We inherit much from our parents. As a son, I carry more than my father’s image. Like marks laid on paper, there’s permanence in every action, and though there are shadows, my dad leans into the light.”

For my portrait of ‘Mr Longginou’, inspiration for the composition was loosely drawn from Caravaggio’s ‘Portrait of Fra Antonio Martelli – Knight of Malta’. Light plays an important roll in my work, illuminating the symbolic and religious undertones of the portrait. To achieve this I used a harsh, single source of light to cast dark shadows and brightly expose the areas it fell upon. Combining this with a composition that sees Nicolas looking directly back at the viewer encouraged me to ask the questions, “what does it mean to see my father and how much of our parents do we ever truly see?” In some ways, when I look at my dad, I’m also looking back at my self. 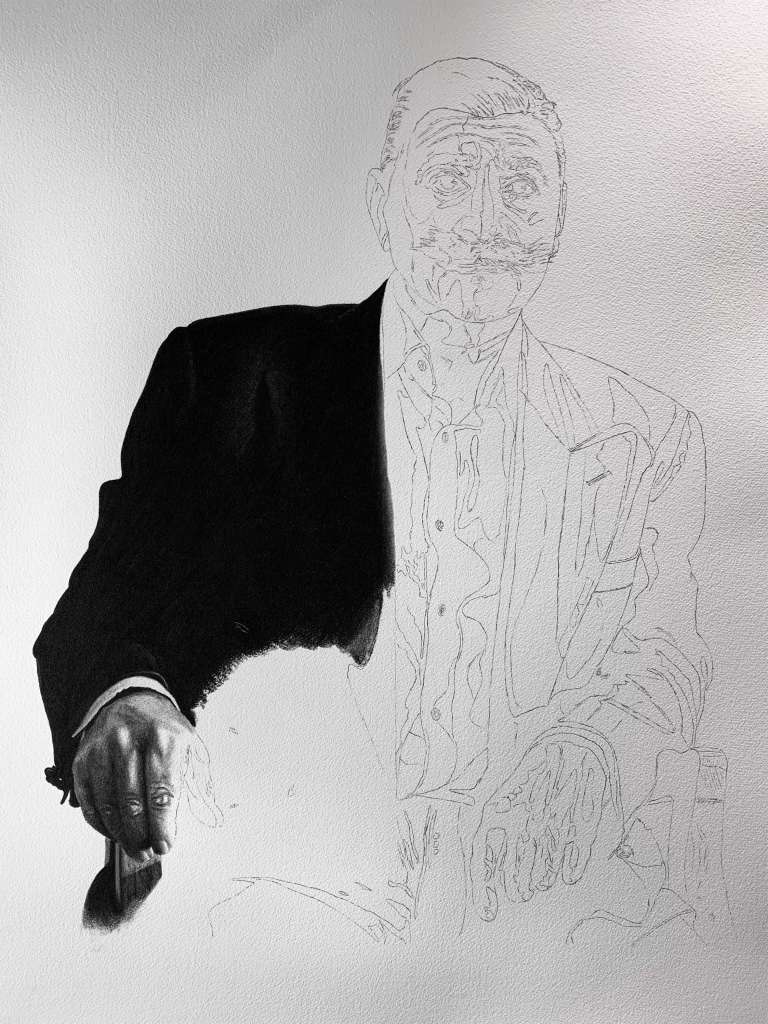 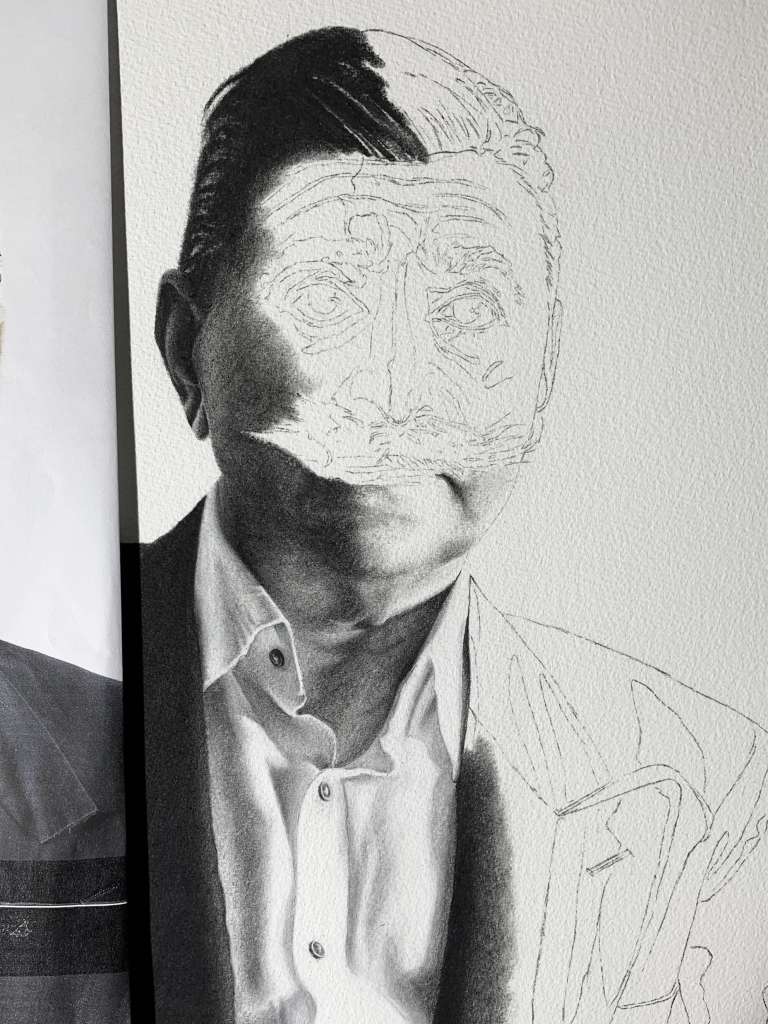 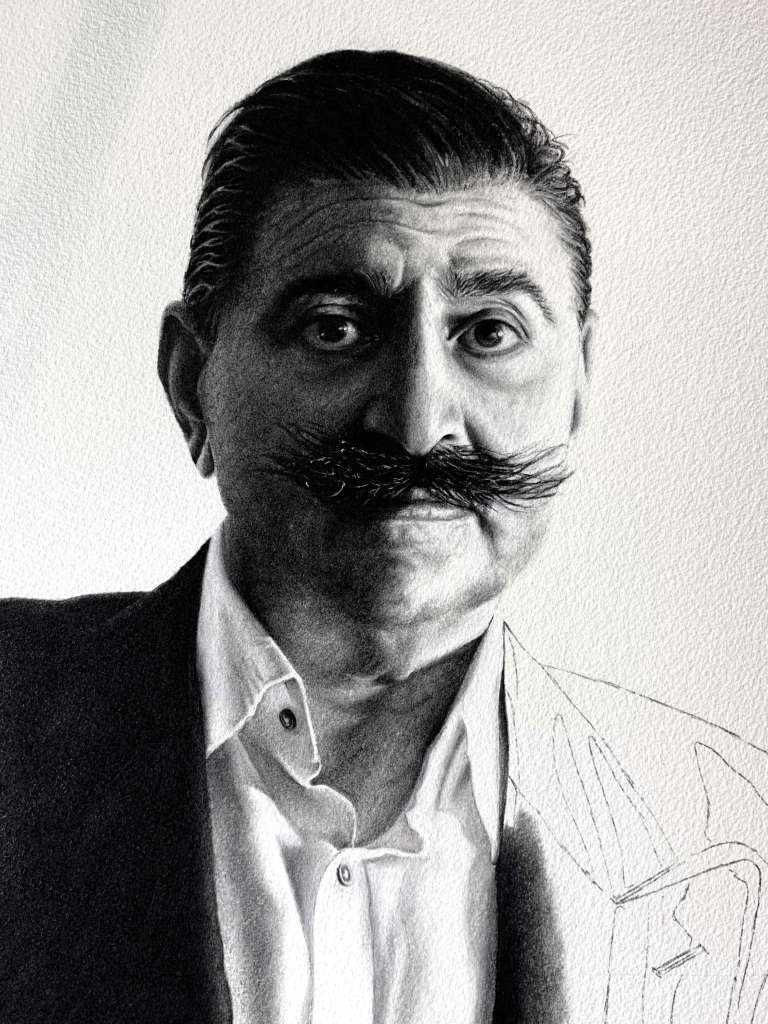 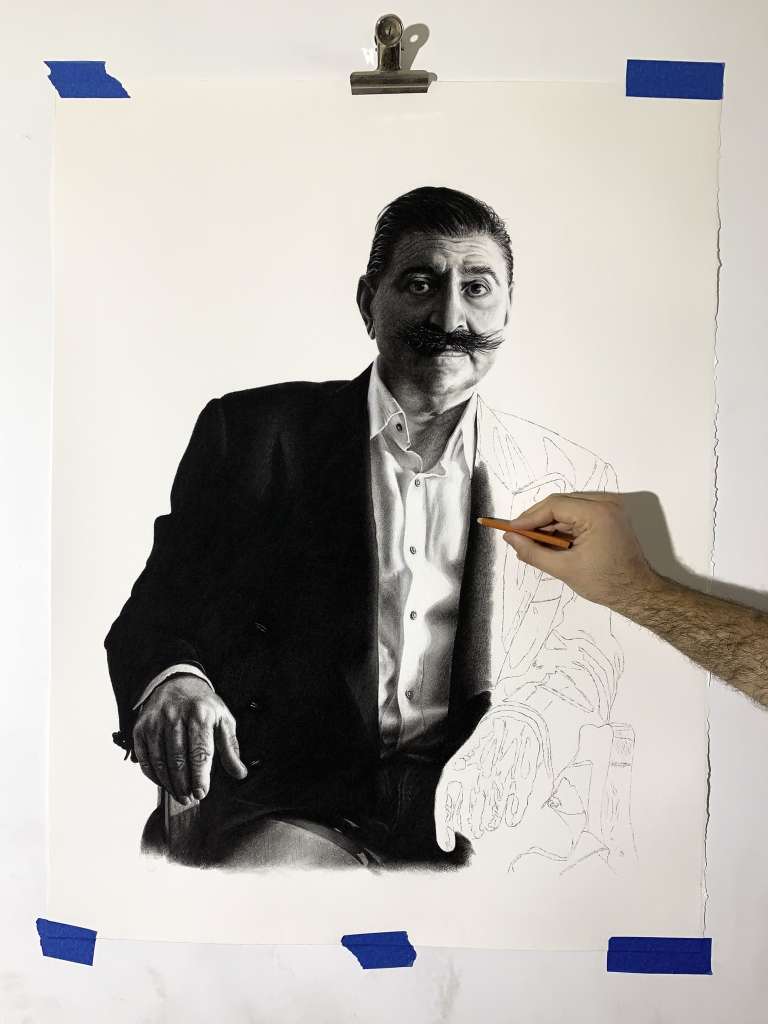 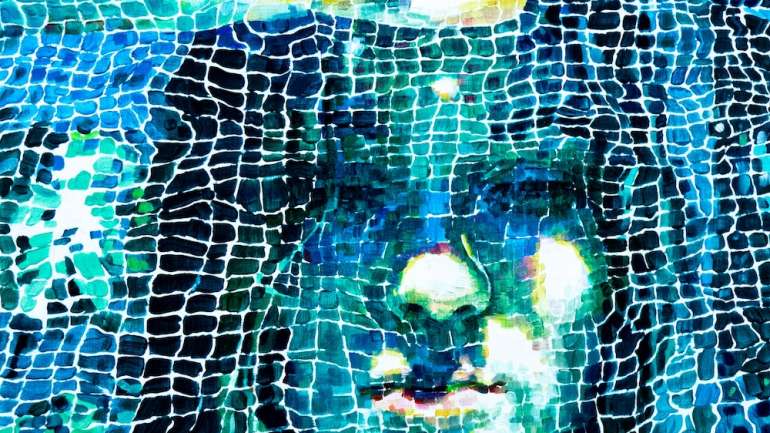 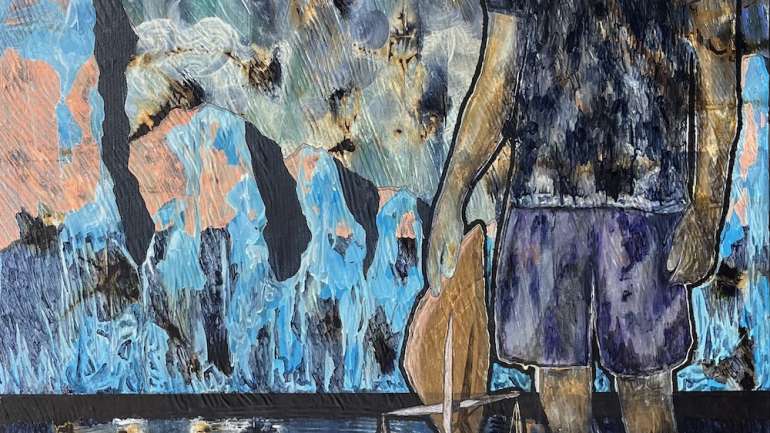 With My Old People by Kane Brunjes

With My Old People by Kane Brunjes 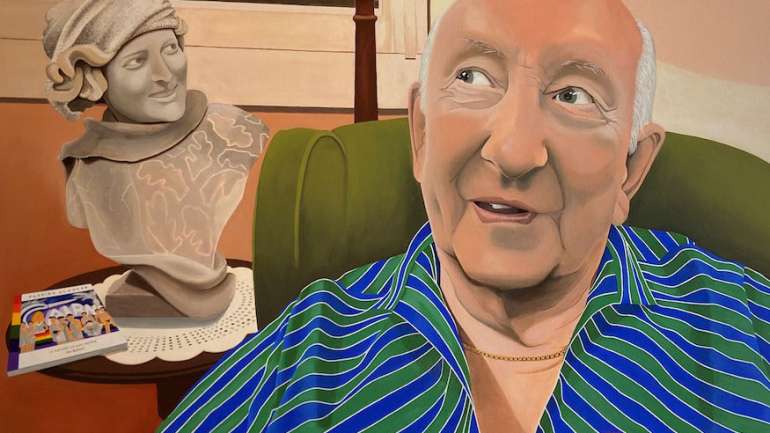