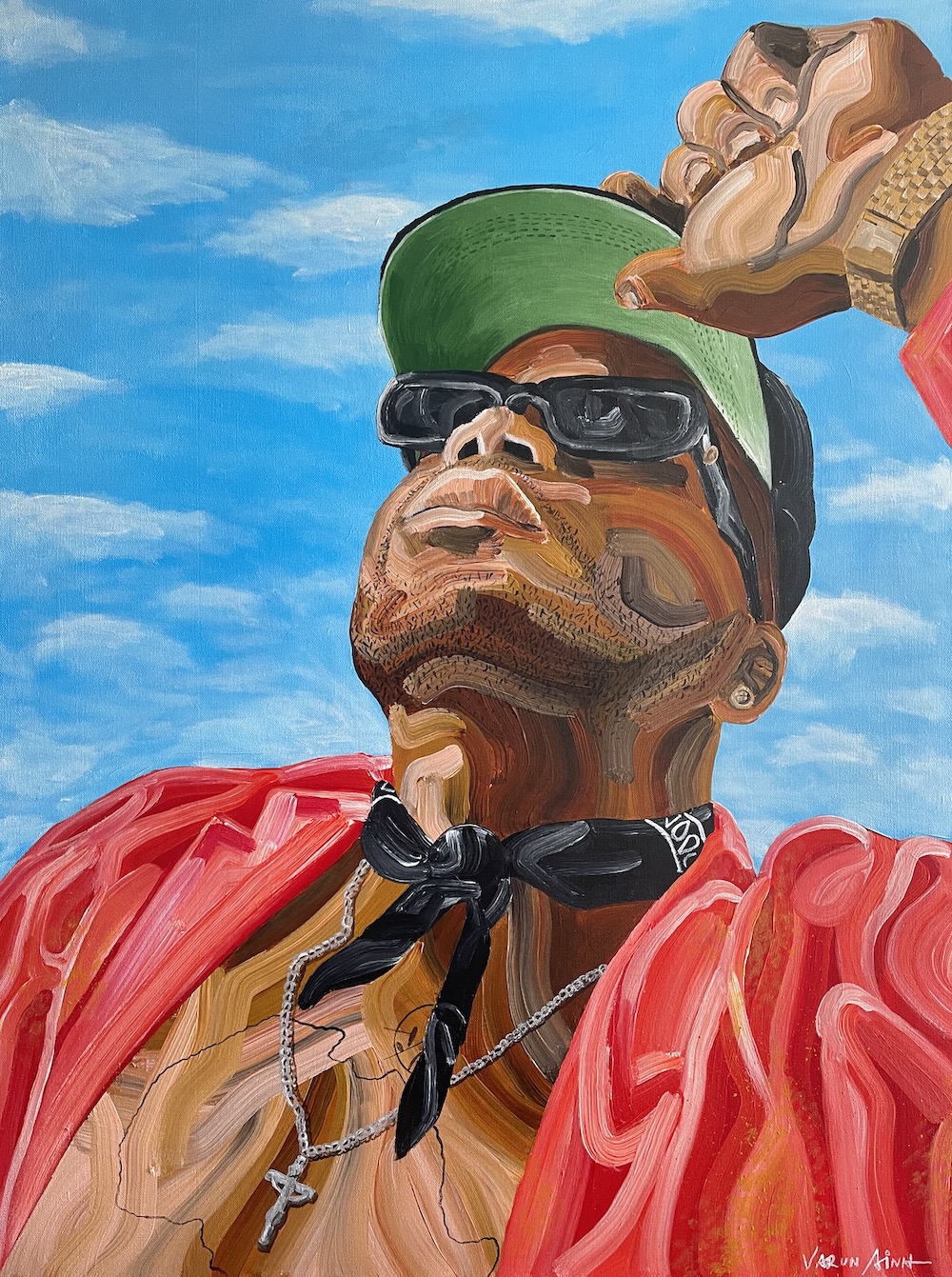 Lost in the Sauce by Varun Sinh

Lost in the Sauce

“So sorry bro got lost in the sauce” is a text the artist, Varun Sinh received after multiple failed meet-up attempts with Zimbabwean born Brisbane based rapper, Graham Herrington.

Herrington, known by his stage name, Camouflage Rose, is first Brisbane based African musician to be signed by Sony and have a Gold & Platinum single.

When the two did meet up for a sitting, they decided that being “lost in the sauce”, in other words, totally immersed in the creative process, would be a good theme for a portrait.

“Once we caught up, he told me that he has a studio in the Valley and often gets lost in his love of the creative process; losing track of time and commitments. As an artist, I could somewhat relate.”

Graham Herrington (aka Larry) moved to Brisbane in 2013 where he still lives and makes music.

Varun Sinh was born in India and has spent most of his life in Brisbane. Being partially colour blind, his style is characterised by bold colours. Faces, symbols, and body language are deliberately poised to illicit an expression or convey a message to the viewer. Varun is a self-taught artist, and his favoured medium is acrylic on canvas.

"So sorry bro got lost in the sauce."

I first met Larry in 2010 when we both briefly lived in Sydney. Before his musical career took-off he worked at a local winery with my housemate. He would come over for beers and play his music for us. We thought his music was great – but what are the chances of an unknown person “making it” in the creative industries? From what I’d experienced in the art world: slim to none.
I remember the excitement when I first heard Larry’s song on Triple J. It’s been great watching his journey as a musician. We recently bonded over our love of art and music; proof that if you love what you do, you never know where it can end up. 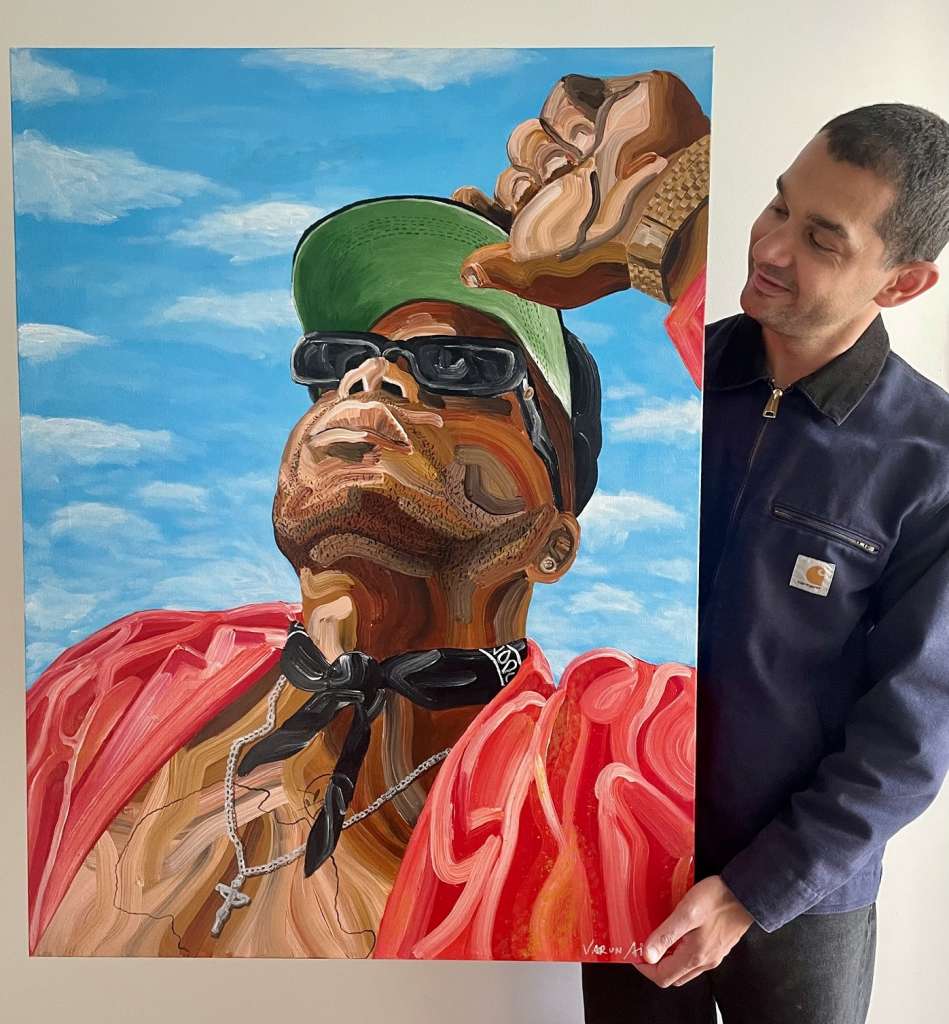 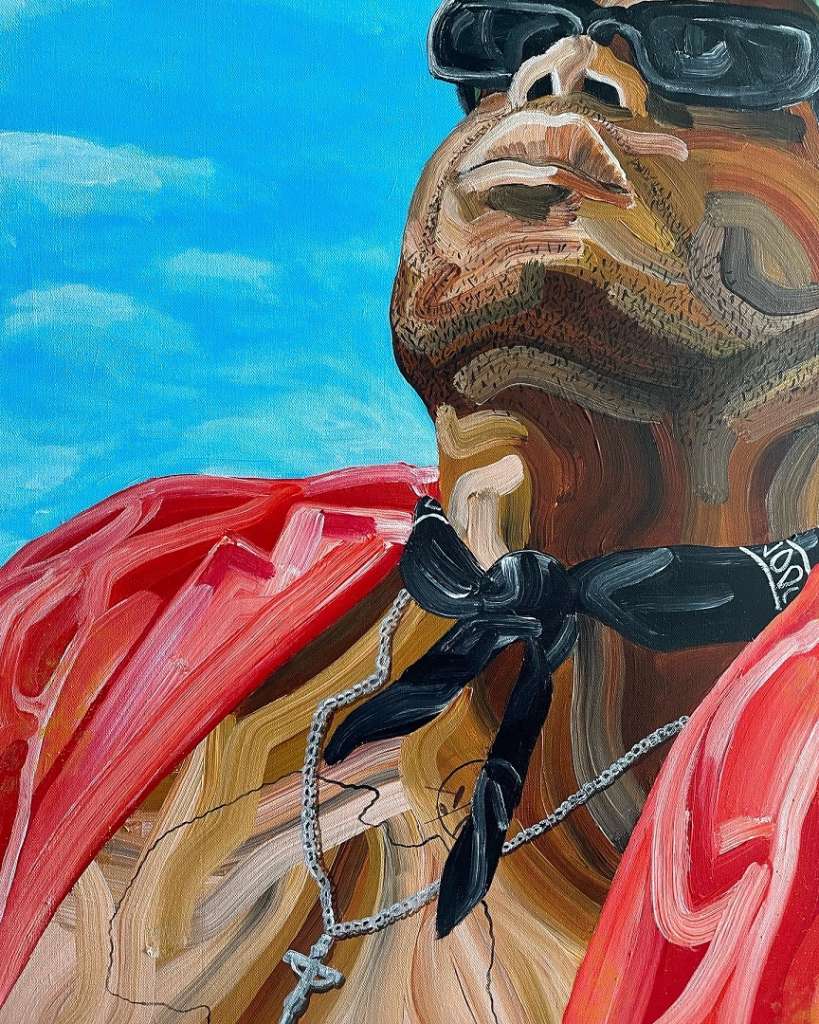 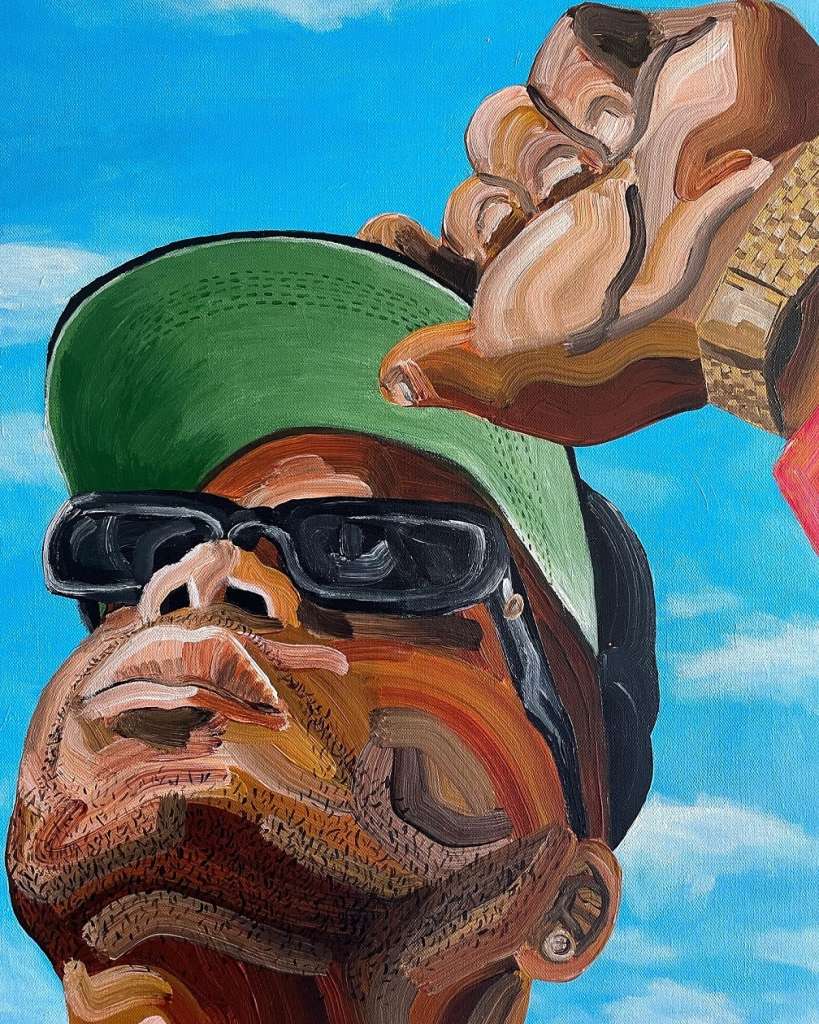 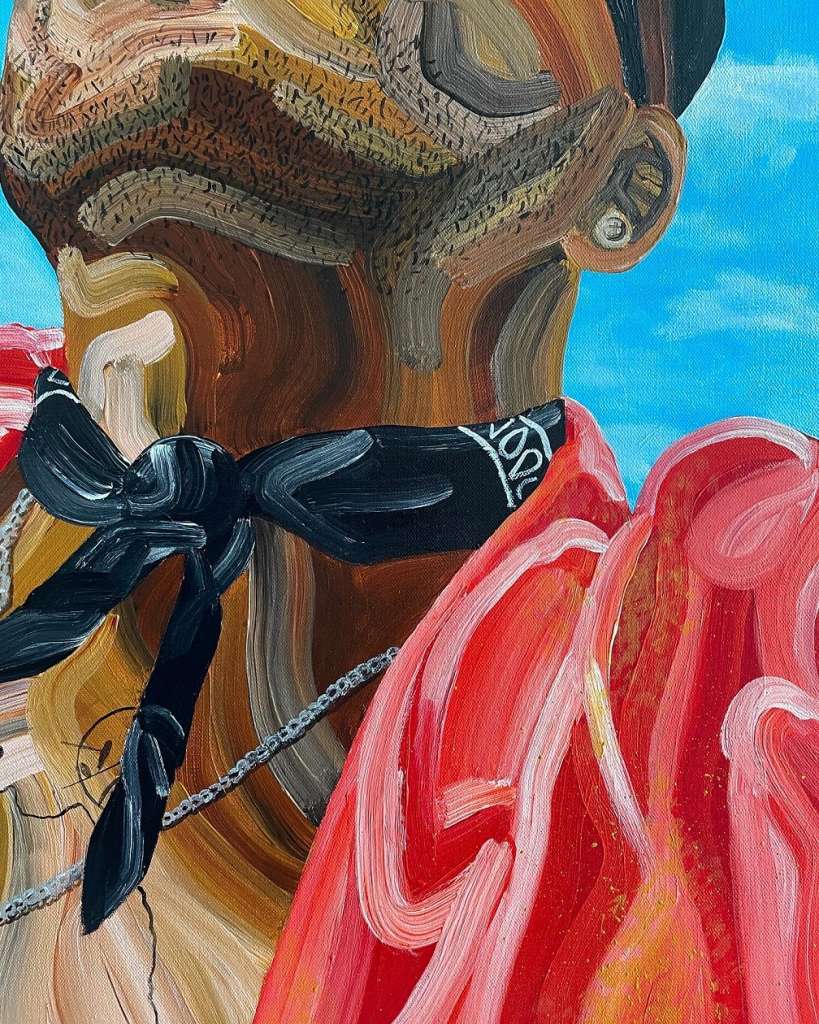 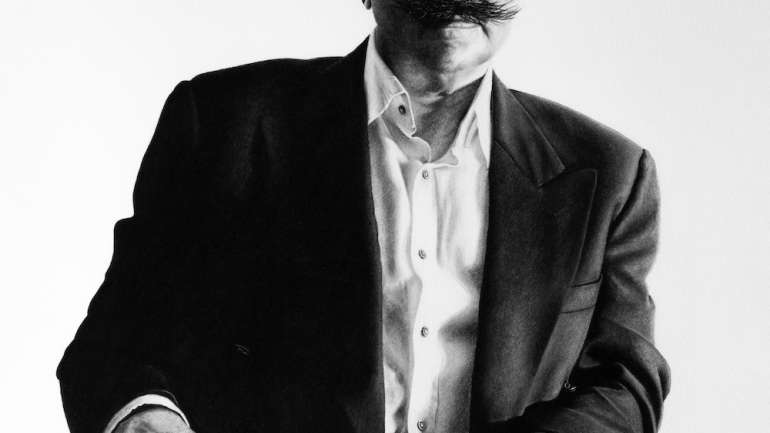 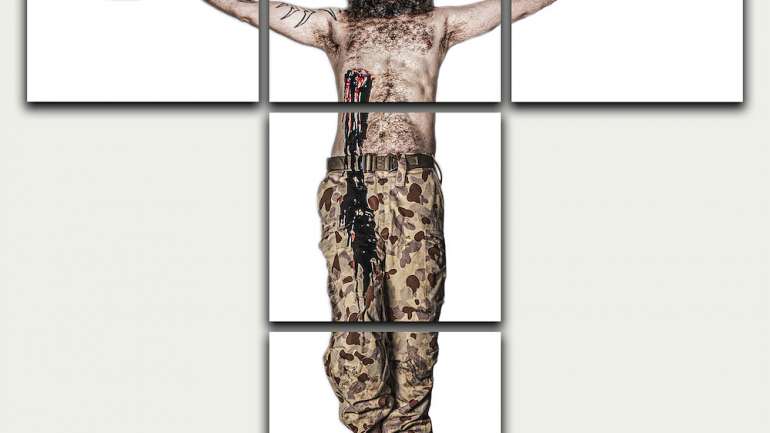 Messiah, The Liberator by Craig Rohse

Messiah, The Liberator by Craig Rohse 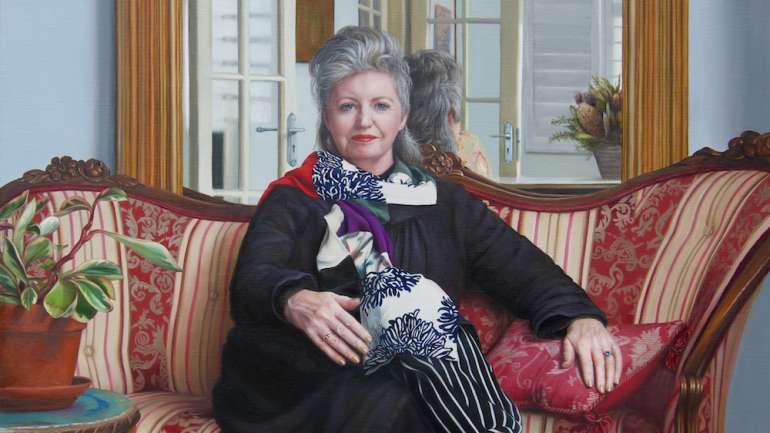