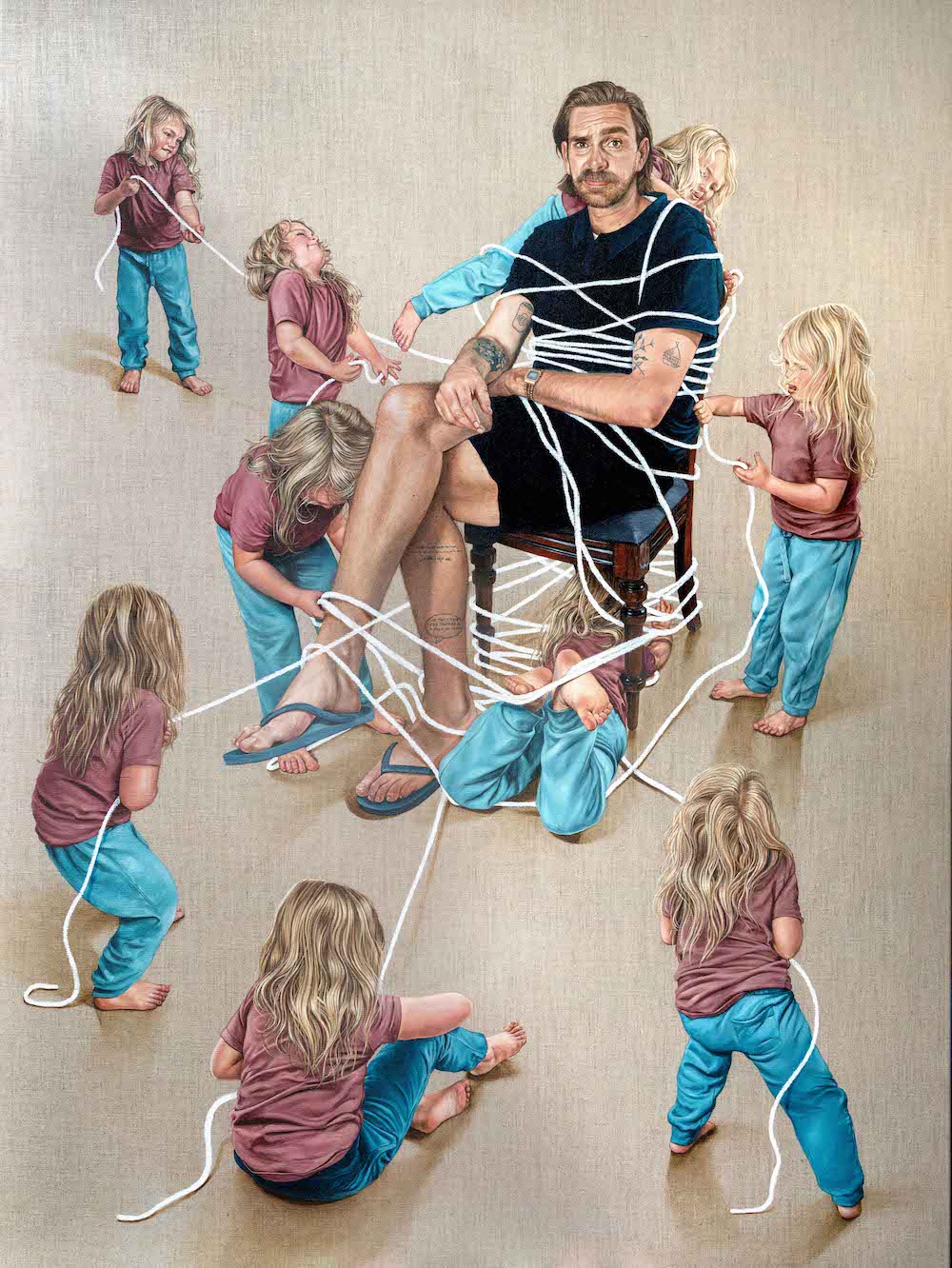 This is a portrait many parents will relate to. Melissa Ritchie has depicted award-winning stand up comedian, TV host and radio personality Harley Breen, being wrangled by nine versions of his middle child, Walt.

Melissa has captured a slightly bemused and exasperated look: “Reflecting the different power dynamics between father and child.”

She says Breen was raised in a religious community in Queensland, “..and often talks about growing up in a strict religious environment with a pastor father. Having left that life behind as an adult, he raises his own children with a lot more freedom.”

This is the is the 13th comedian Melissa Ritchie has painted in a series of portraits which showcase each comedian’s unique comedic perspective. She’s been a finalist in many of Australia’s Portrait Prizes including the Brisbane Portrait Prize and the Archibald. She has family in Brisbane and visits regularly.

“I aimed to capture a slightly bemused and exasperated look on his face and show the different power dynamics between a father and child. ” 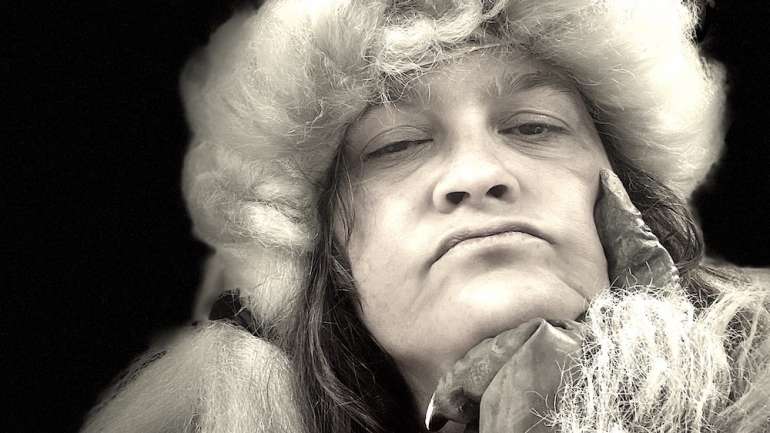 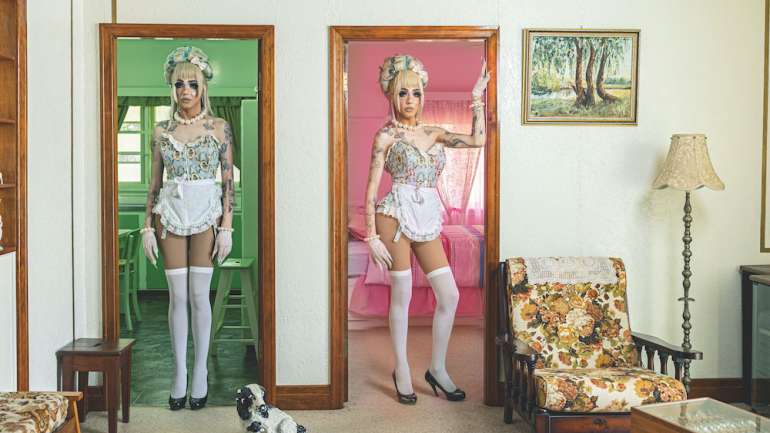 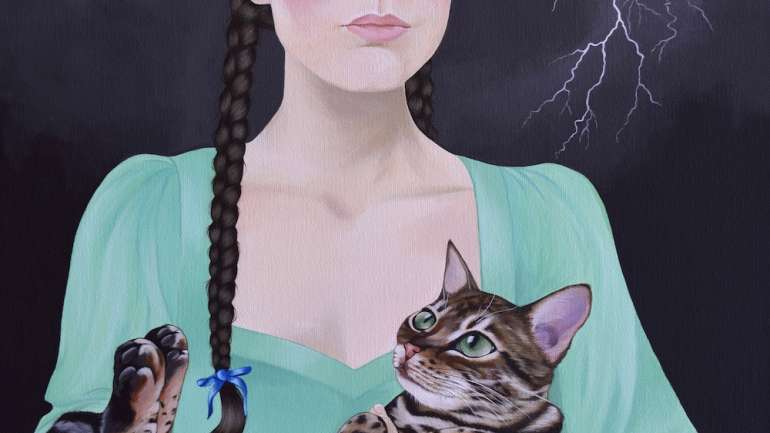 Emerging Artist: I created the storm (self-portrait) by Tara Bursic

Emerging Artist: I created the storm (self-portrait) by Tara Bursic