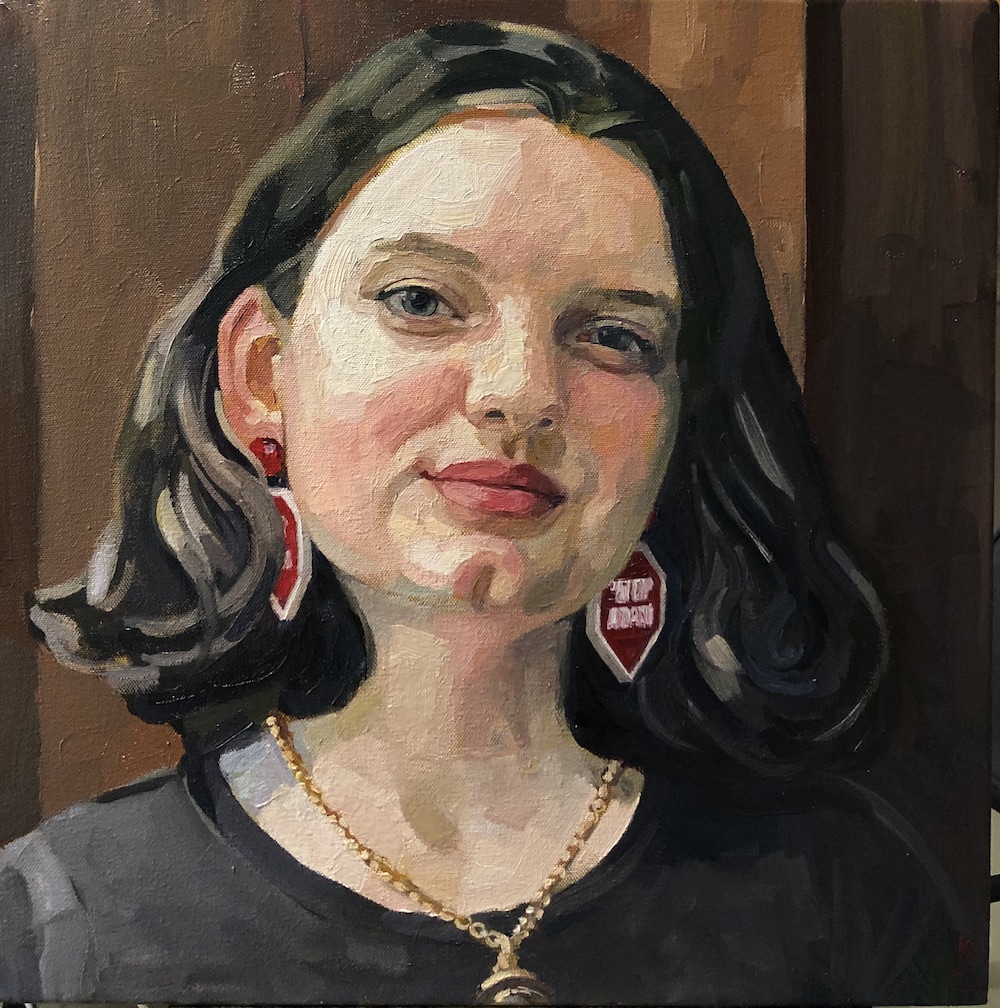 Girl with a Red Earring by Judith Sinnamon

Girl with a Red Earring

This striking portrait is of a 15 year old woman called Pearl Hart. It’s close crop, the slight tilt of the head, and the expression on her face shows a resilient and strong character.

“Pearl represents the future,”Judith says. “She is a highly intelligent, creative and articulate young woman who epitomises the young gen z’ers who are taking on the older generation on a number of fronts including climate change. Pearl is in year 10 with the Brisbane School of Distant Education and lives 100 kms north of Brisbane. She loves walking the streets of Brisbane where her father used to go to school, see his friends, drink coffee and play at gigs. She looks forward to exploring Brisbane in the years to come when she eventually moves there.”

Judith Sinnamon is a Brisbane born portrait and landscape artist who trained at the Queensland College of Art. Her work explores the play of Queensland light across the sitter together with objects, surfaces and textures.

“Pearl represents the future. She is a highly intelligent, creative and articulate young woman who epitomises the young gen z'ers who are taking on the older generation on a number of fronts including climate change.”

Anyone who follows my work would know me as a painter of trees, however I love portraiture and in particular that of Vermeer the early Dutch painter whose subjects were illuminated by the soft flow of light through a window.

My choice of subject for this portrait is Pearl Hart. A 15 year-old child of Maleny who I have known since birth.

Pearl represents to me the emerging gen Z-ers.  The generation who are super- informed, super-motivated and fully aware of the burden of catastrophic climate change amongst other catastrophes that we, and generations before, are gifting them.

The tilt of her head and fearless gaze at the viewer I believe epitomises the young modern female, unafraid of confrontation and up for intellectual jousting.

Pearl addressed the School Strike 4 Climate crowd last year on the Sunshine Coast.  This ‘Hope through Action’ is what sustains this younger generation who recognise that more than likely, given the ‘blah blah blah’ of decades of inaction, they are going to have to do it for themselves.

I sought to convey my respect and awe for this generation with my portrait of Pearl, the ‘Girl with a Red Earring’. 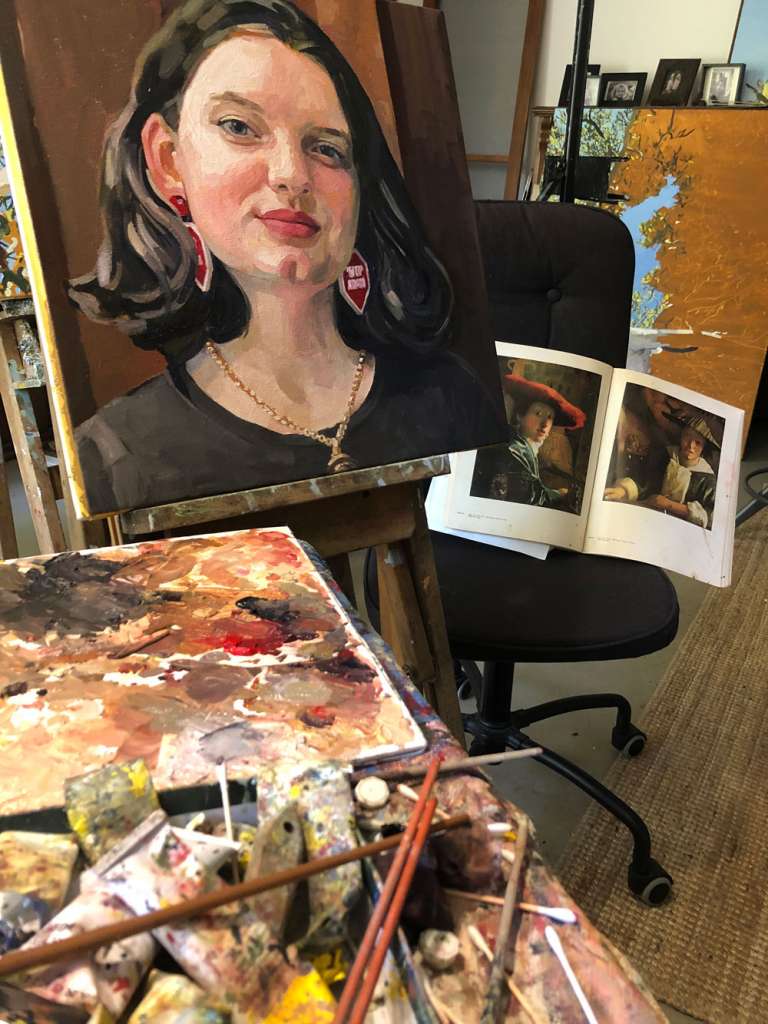 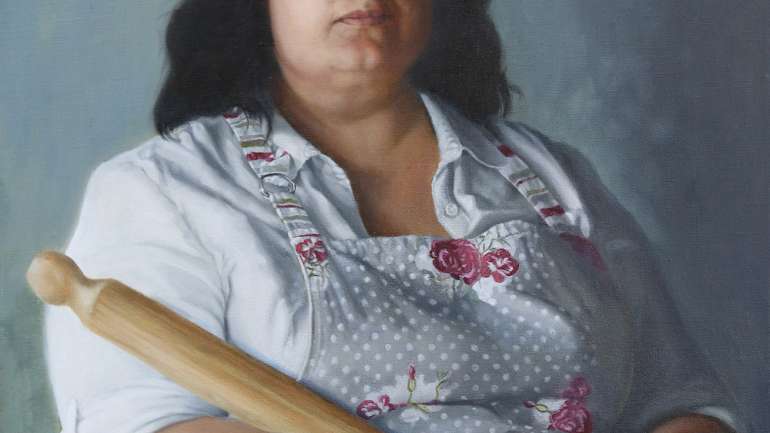 The Baker’s Daughter by Rikki Fisher

The Baker’s Daughter by Rikki Fisher 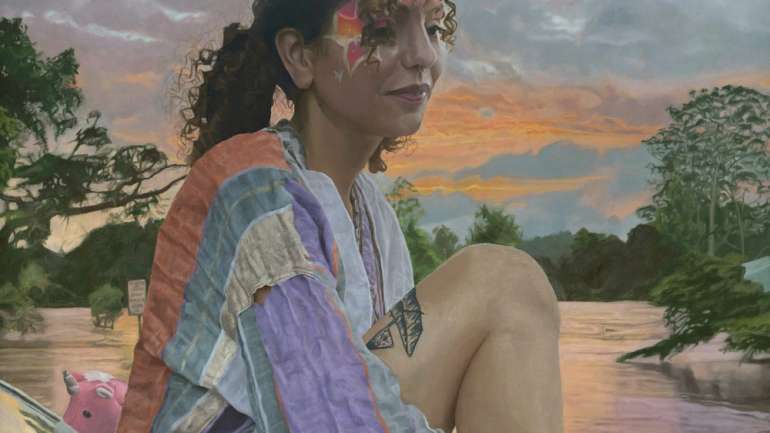 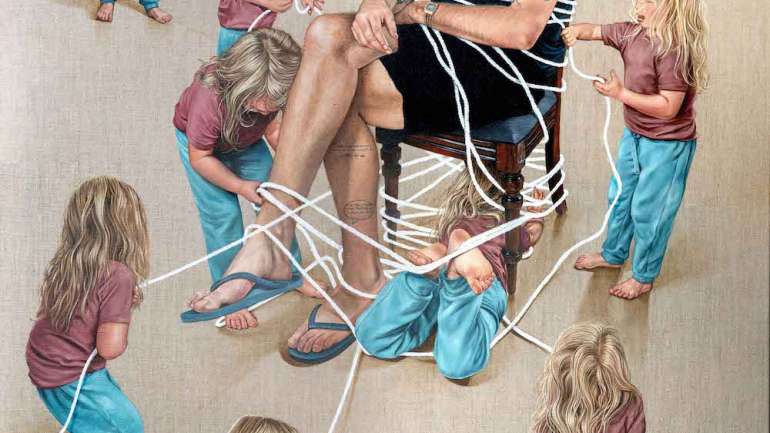