The Collector by Marian Drew

Dr Daryl Hewson is a specialist physician, art collector and strong supporter of Queensland artists. Through his active patronage he has helped build a robust photographic art community in Brisbane. In an interview for the book Perception, published by the Queensland Centre for Photography 2005, he says:

“Well I didn’t see myself very much as a collector although obviously, I had become one, and the reason I started collecting was that it was a way of seeing the world, and interpreting the world and I suppose creating something of my own.”

His collection is considered the most comprehensive archive of photographic art in Queensland. Drew says: “In this portrait of Daryl Hewson I have tried to reflect his active involvement in the arts, but also something of the person, modest and acutely perceptive.”

Marian Drew is an internationally recognised Brisbane artist, who taught at the Queensland College of Art for 30 years. Her work is held in major collections that include John Paul Getty Museum, Australian National Gallery and QAGOMA. Her photographs have many layers of meaning and are often characterised by draped cloths, framing and reframing the subject.

“I have tried to reflect his active involvement in the arts, but also something of the person, modest and acutely perceptive." 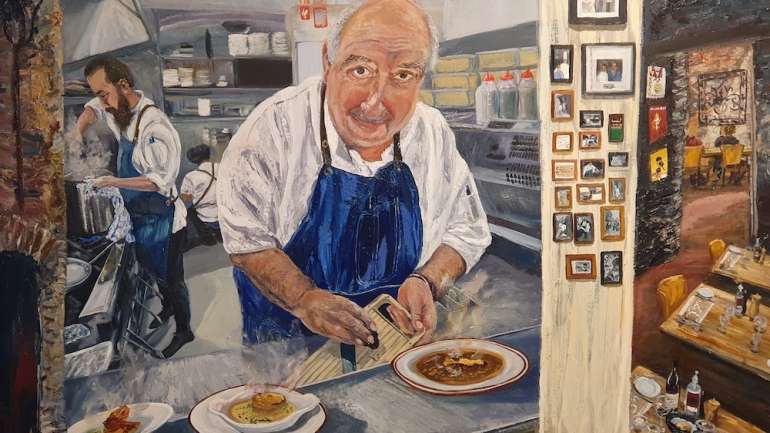