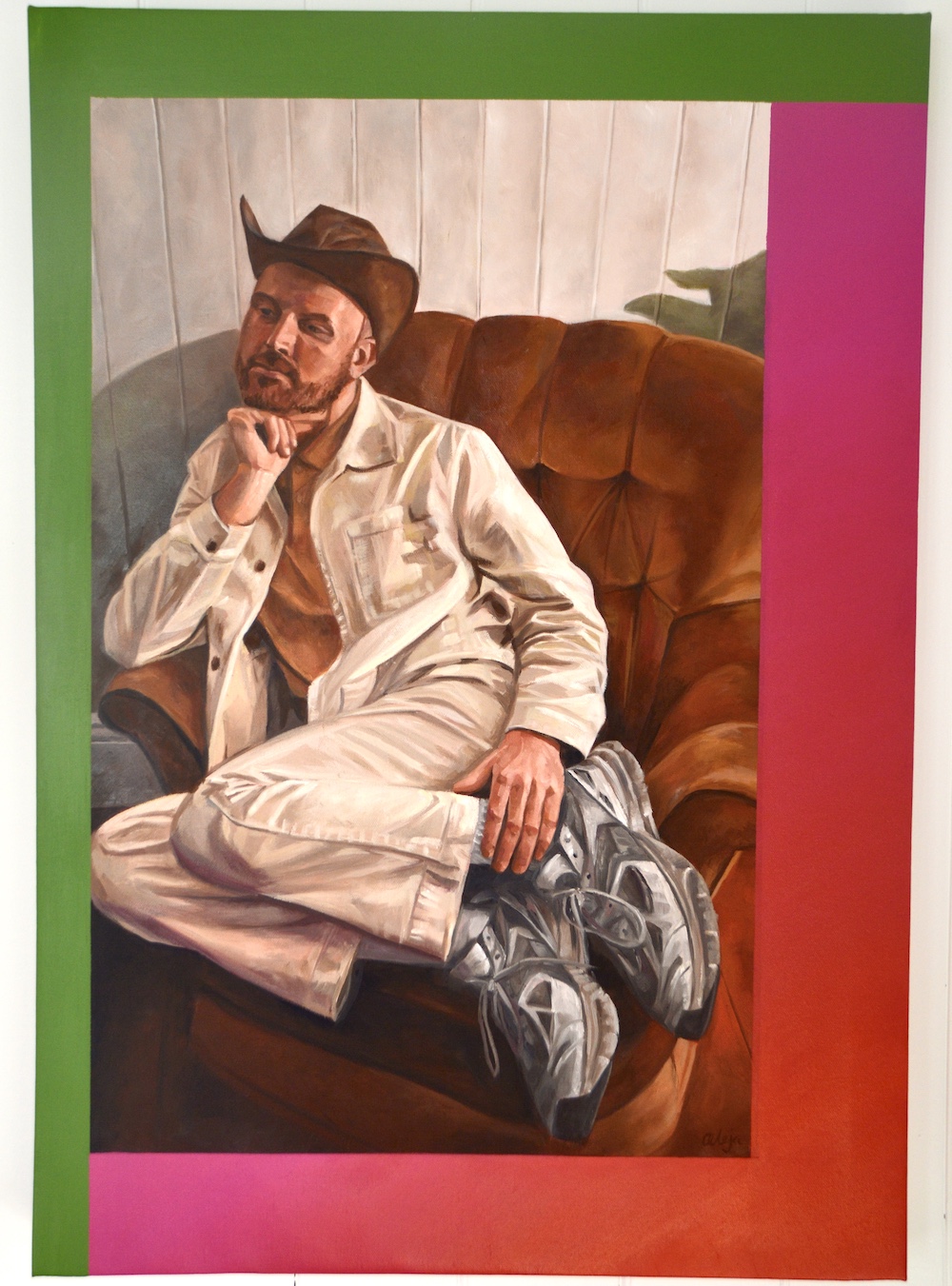 Aleja Hine choose Jungle Giants lead singer Sam Hales as her sitter because they are good friends. Australian Indie-royalty, the Jungle Giants began in Brisbane, with half of the band still living here. They have sold out shows worldwide, sold more than 325 million streams, had seven consecutive songs in triple J’s Hottest 100 countdowns, and four platinum singles.

“Sam and I used to live together in a share house in West End with a bunch of our other creative friends. This artwork portrays the essence of a deep late night conversation after returning home from a big night. These are often the times where depth, contemplation and love is most shown. Sam and I have spent many evenings engaging in these conversations and still do.”

Aleja is a self taught artist, muralist and sculptor who works from her studio in Balmoral. She also creates hand sculptured native bird earrings. Her painting style involves a form of realistic composite art with enhanced and abstracted colours, using block imagery juxtaposed in thought provoking ways “to depict modern ideals of beauty, aesthetics, sexual freedom and fluidity.”

“This artwork portrays the essence of a deep late night conversation after returning home from a big night out.” 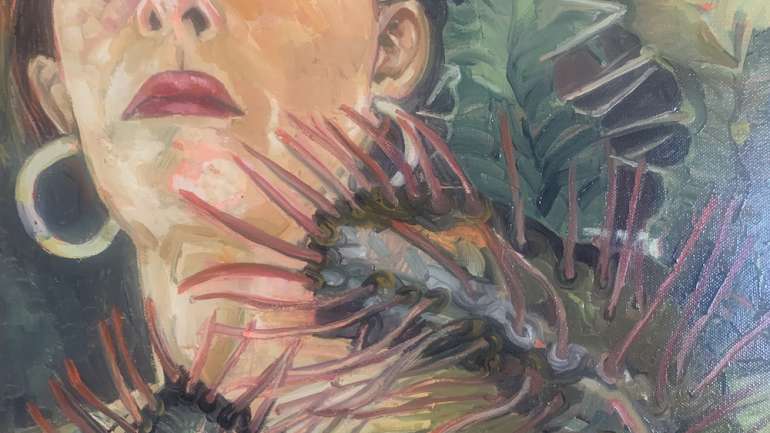 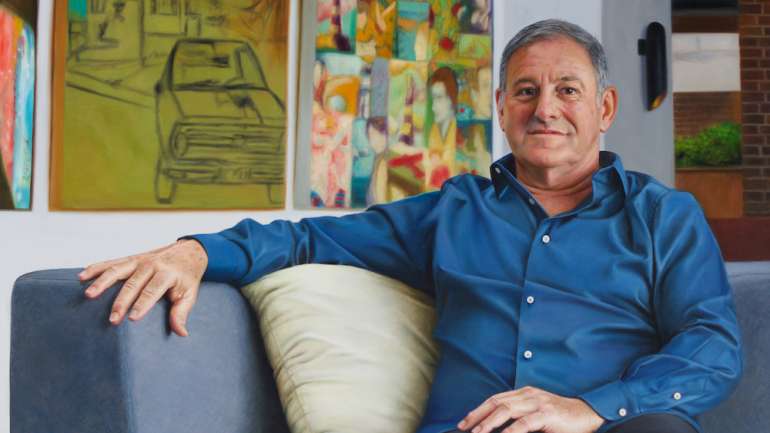 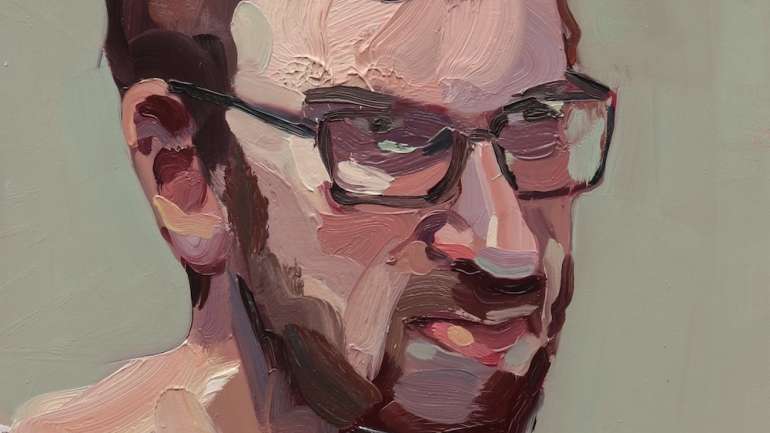