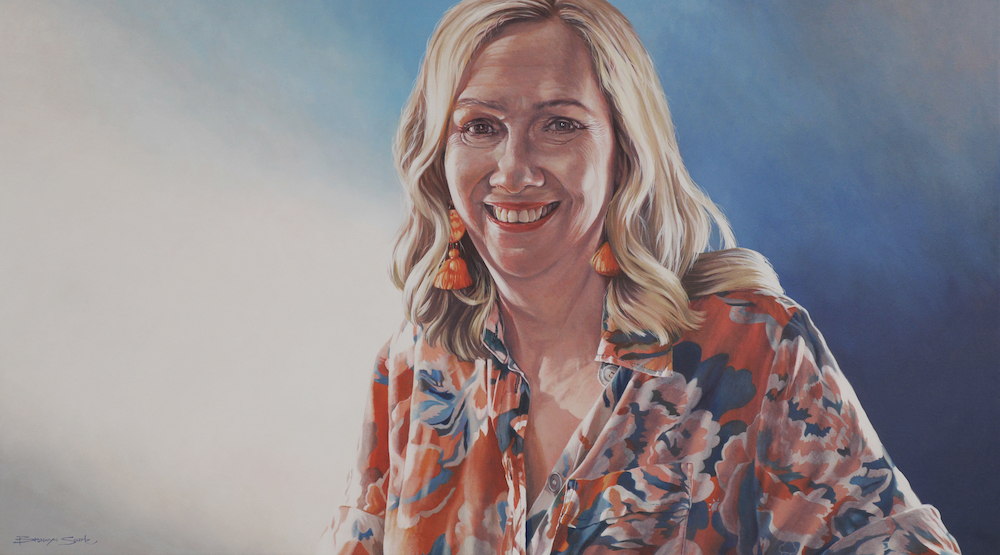 There is more to Jenny Woodward than her 35 years spent as an ABC weather presenter. While her broad audience from communities across Queensland have a great affection for her, her career experiences have also included news reading, script writing, concert hosting and stage acting.

Searle and Woodward first crossed paths in the late 70s when Woodsward was co-producing the Channel 7 children’s show WOMBAT and Searle was the station’s graphic artist. With a tight weekly shooting schedule, both knew the pressures of daily deadlines.

Searle chose the canvas shape of 16 : 9 to evoke the dimensions of a wide screen TV. Of Woodward, Searle says, “capturing the warmth in her eyes was paramount, along with her familiar open-faced smile.”

Bronwyn Searle’s paintings are reflective of her long career in Graphics and Illustration. Capturing the light, combined with an eye for detail, she brings the subject to centre stage with oil paints on canvas. Bronwyn is a part-time tutor at the Bienatré Art School.

Represented by: the Lethbridge Gallery, Jam Galleries in Sydney.

“Capturing the warmth in her eyes was paramount, along with her familiar open-faced smile.” 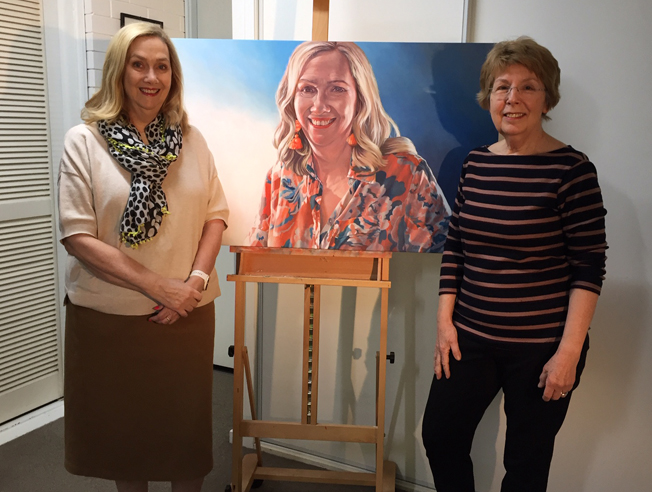 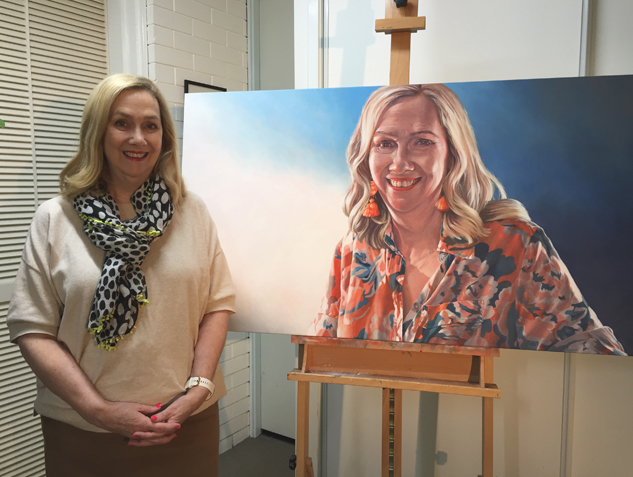 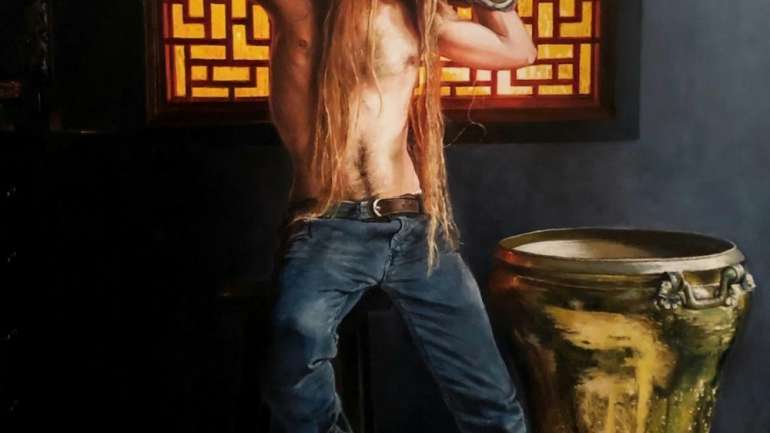 The Road to Damascus by Anthony Quidong

The Road to Damascus by Anthony Quidong 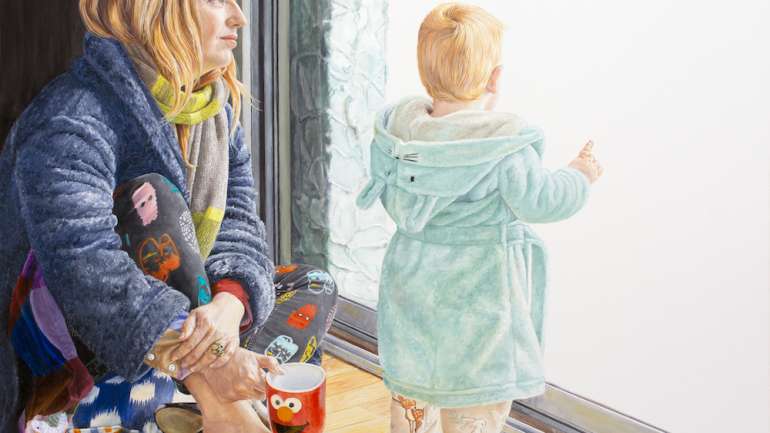 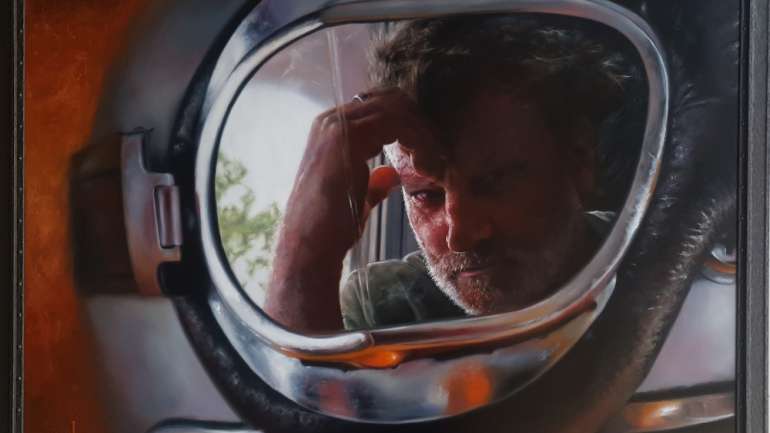 It has to be Goggles by James Stickland

It has to be Goggles by James Stickland