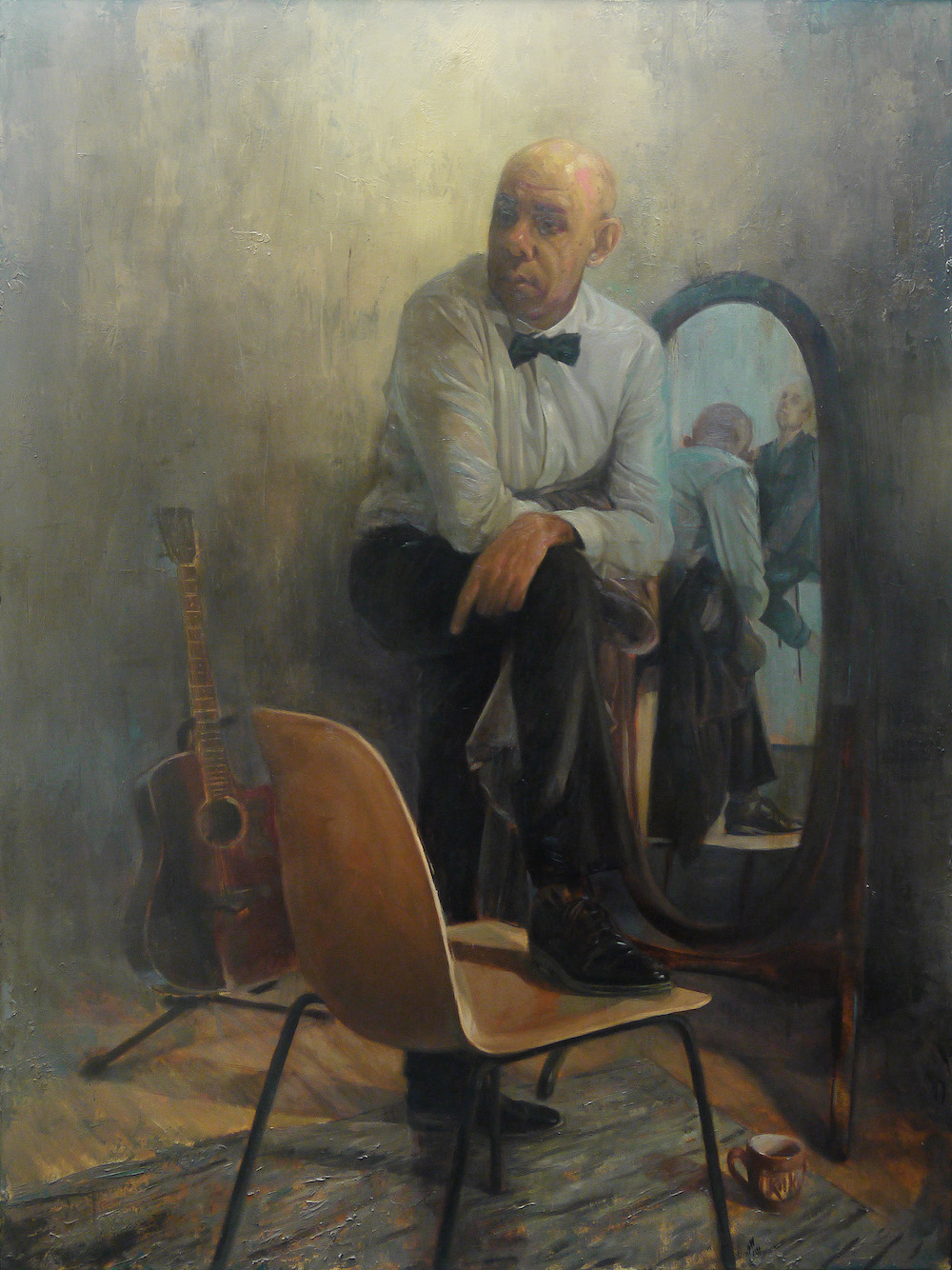 Steven Oliver is a contemporary indigenous poet, performer, comedian, playwright and actor. He was writer, actor and associate producer for ABC TV’s Black Comedy. He has been a Queensland state finalist and national finalist for the Australian Poetry Slam, and recently performed his own show, Bigger and Blacker, at La Boite.

Brown painted Oliver because: “He breaks taboos, he’s a cultural scapegoat, and he plays the trickster archetype so well.”
The title is Gammin, a word widely used by Aboriginal people, ‘to pretend’, ‘be inauthentic’.

The artist describes his work as “liminal”, which can mean barely perceptible, or transitional, moving from one phase to another. Both could apply to this work, which is an exploration of the two sides of a comic performer.

Elliiot Brown is an American born artist who first moved to Brisbane before settling on the Gold Coast. A passion for figurative art drives his paintings, which feature a strong sense of narrative and liminality. Elliot works mostly in oil, but currently makes his living sculpting in the film industry.

“A passion for figurative art drives his paintings, which feature a strong sense of narrative and liminality. ” 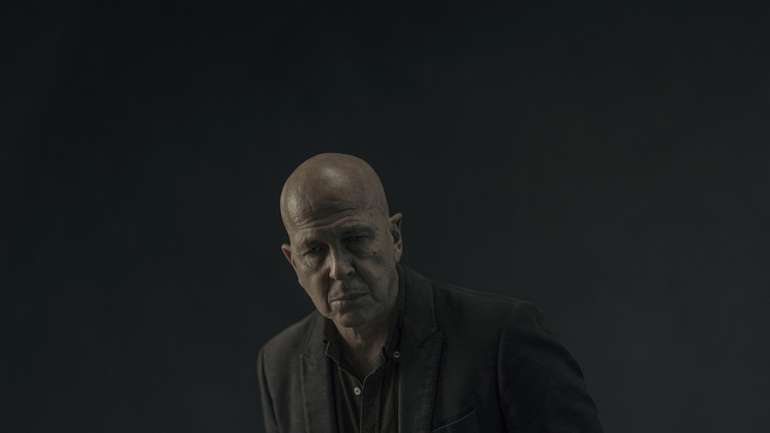 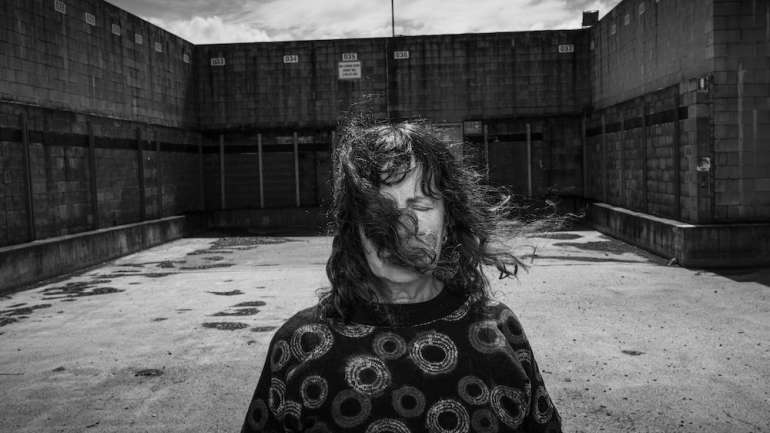 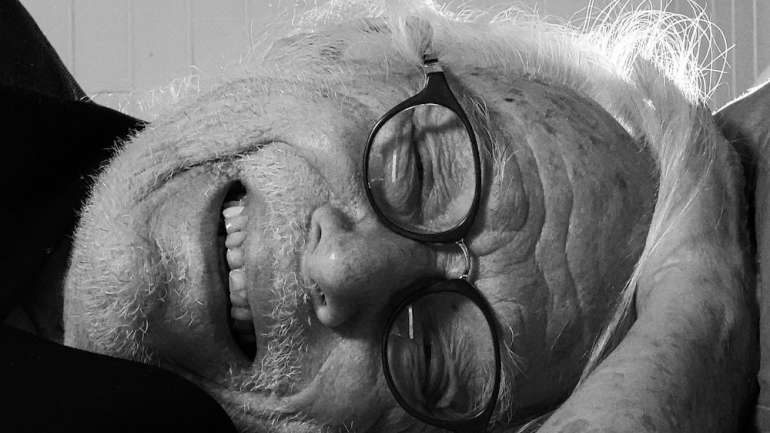