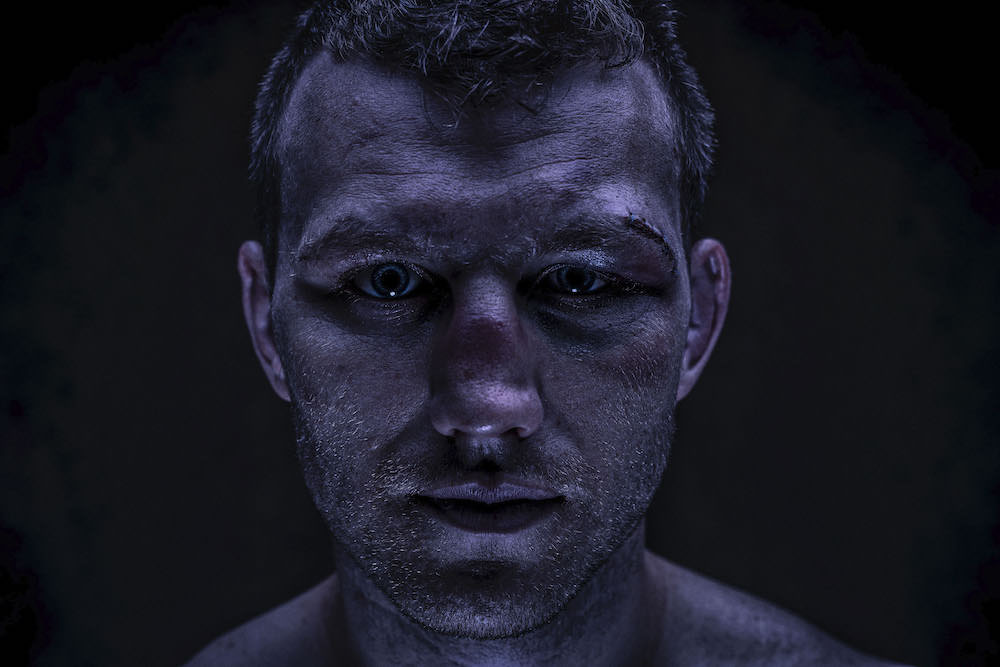 This portrait of boxer Jeff Horn was taken the day after his victorious fight with opponent Michael Zerafa.

Jeff Horn took up boxing after being tormented as a teenager. Fast forward a dozen years and the former bullied schoolboy, now humble schoolteacher, became world boxing champion on 2 July 2017 at Brisbane’s Suncorp Stadium. The fight drew a record crowd to the stadium and a global audience of hundreds of millions, with Horn’s victory over one of the greatest boxers of all time, Filipino Senator Manny Pacquiao, one of the most incredible upsets in Australian sporting history.

Hunt believes that  fight was not decided  amid the roar in the vast arena so much as in the chambers of Jeff Horn’s heart, where the says, “the essence of his character lives with blood and fire beside his steel backbone.”

The now millionaire boxer’s message is simple: never give up on your dreams, because if you push through tough times, amazing things can happen. Through his rise from the pit of despair to global sporting fame, Jeff Horn has proved to the whole world that anything is possible. Anything.

Glenn Hunt is a Brisbane based portrait photographer and photojournalist. He has worked on many newspapers around the country, and in 1996, after working as an intern at National Geographic and Reuters-Washington, he started his freelance career working for Good Weekend, The Bulletin, The Australian Financial Review Magazine and the Weekend Australian Magazine, amongst others. In 2000 he became one of the founding directors of Oculi, an Australian based collective of award-winning visual storytellers offering a narrative of contemporary life. Since returning to freelancing Hunt works for a long list of clients as well as the Australian Associated Press, Getty Images and the Australian Newspaper. He is also known for his moody and explicitly contrived portraits.

Glenn Hunt’s ‘Prize Fighter’ leaves no detail undefined. This larger than life photographic work lets you survey the topography of the sitter’s face, but it’s the eyes that grab you. They hold your gaze, ensuring the fighter never loses your sight.

Both the clarity of the image and the powerful manipulation of colour to a monotone enhances the focus on the subject.

This work demonstrates a sophisticated technical prowess of the digital medium, controlling light, colour and form in a bold and confident manner. 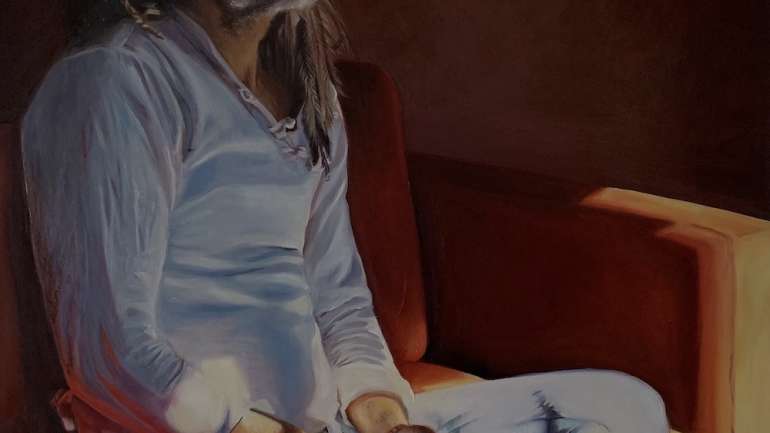 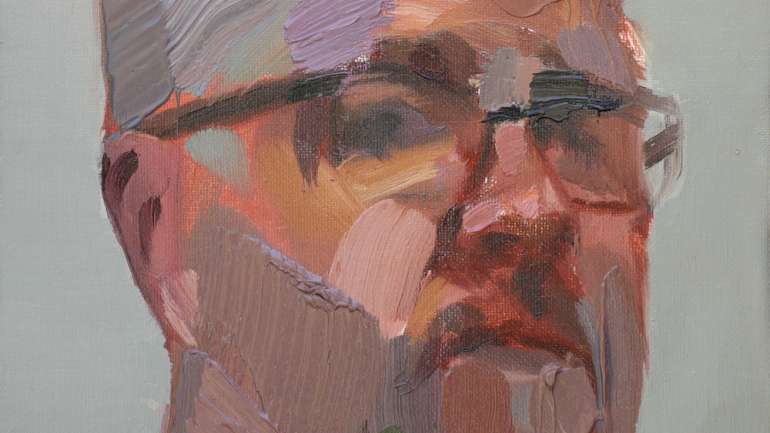 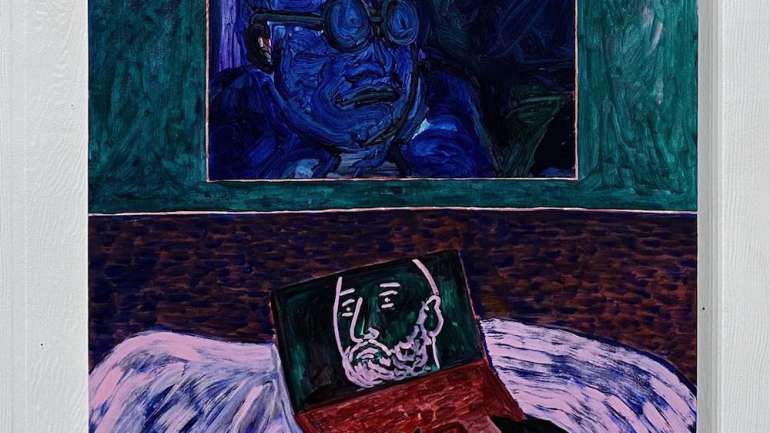