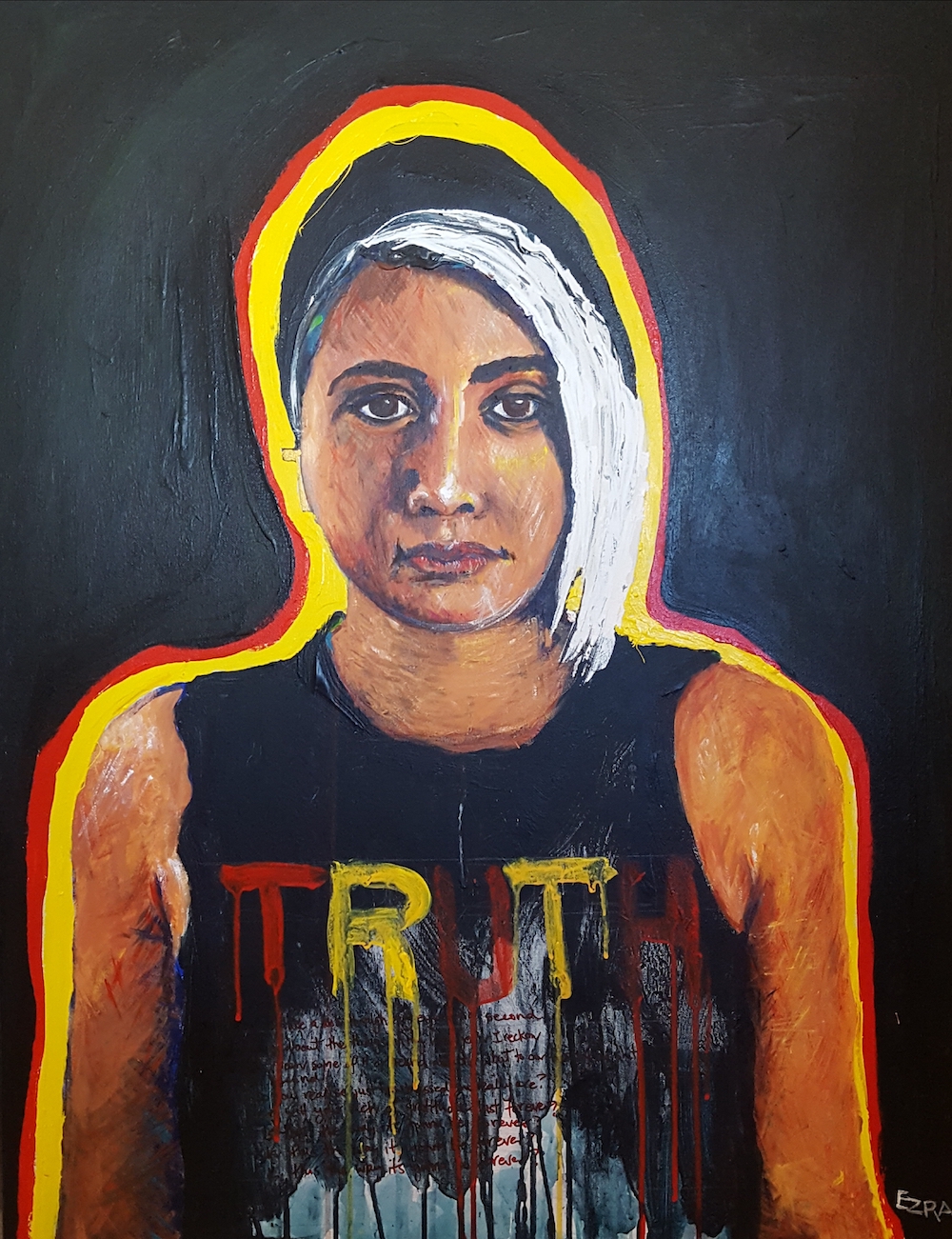 Kayla Tyson began rapping during a very political time in Australia, when the Apology was delivered. Always having something to say, rapping was a way to reach out without anger. Of this portrait, Pound says, “Kayla’s eyes smoulder as a young woman burdened with the societal issues concerning culture, past and present. I included an aura in the indigenous flag colours as she radiates the TRUTH through her lyrics and commitment to her community.”

Kayla Tyson is a Meerooni woman (Gurang Nation), hailing from Logan City. She uses her skill and knowledge in performing arts to inspire youth and instil a sense of positivity within her community through “No More Lives Lost”, a campaign to foster awareness and promote positivity amongst Logan’s youth. She is currently the First Nations Programming Officer at the Queensland Performing Arts Complex, a rap Queen and Queen Mode Collective Ambassador.

Wendy Pound is a Brisbane artist working predominantly as a painter and sculptor. Her subject matter is usually figurative, colourful, decorative and narrative, often featuring birds, animals (lots of dogs), plants and flowers, in an imagined scape. She is currently exploring portraiture and still life. Her style is painterly and hatched across the canvas, exploring form through slashes of colour. Of her work she says she is: “painting with attitude to capture emotion”.

“Kayla's eyes became the focus, as they resonate her frustration with a seemingly endless struggle against racism, homophobia, anti-feminism and cultural bias over the generations.”

Even though I know the sitter, the first stage of my creative process involved researching Kayla as a rap artist. I am not au fait with the genre but gained an appreciation of the emotion and attitude in which she delivers her stories and messages.

In particular, her song “Forever now” (lyrics depicted on her shirt) influenced and motivated this piece. Kayla’s eyes became the focus, as they resonate her frustration with a seemingly endless struggle against racism, homophobia, anti-feminism and cultural bias over the generations. 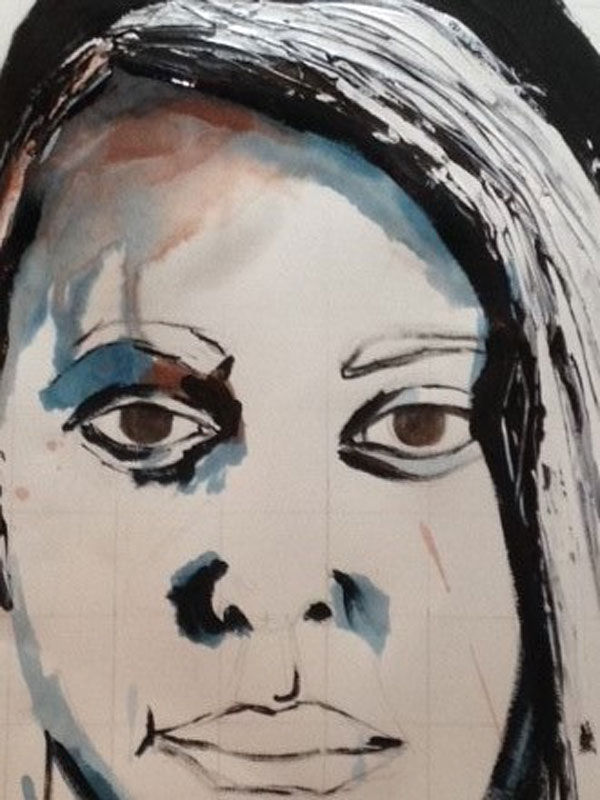 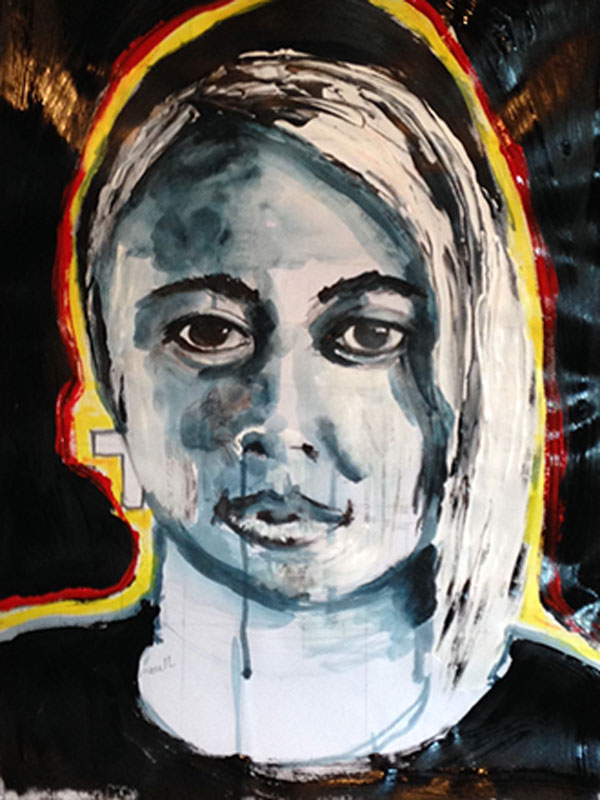 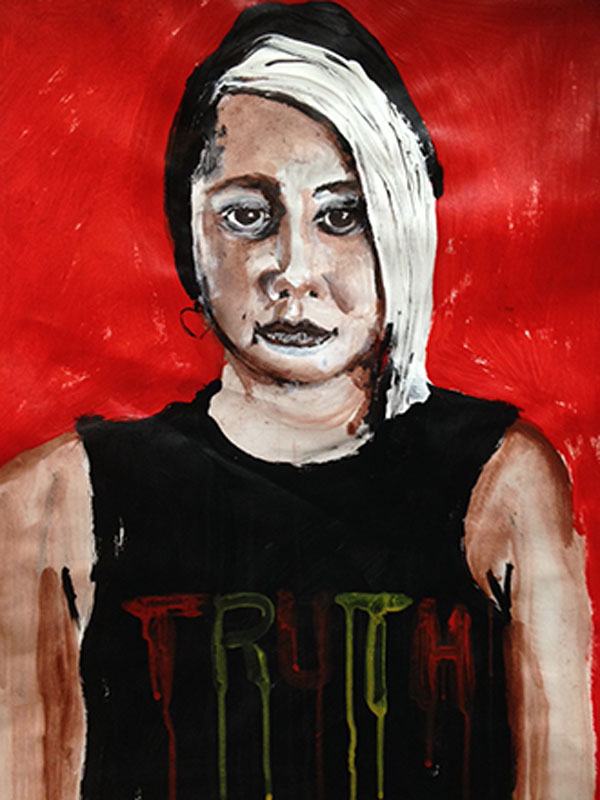 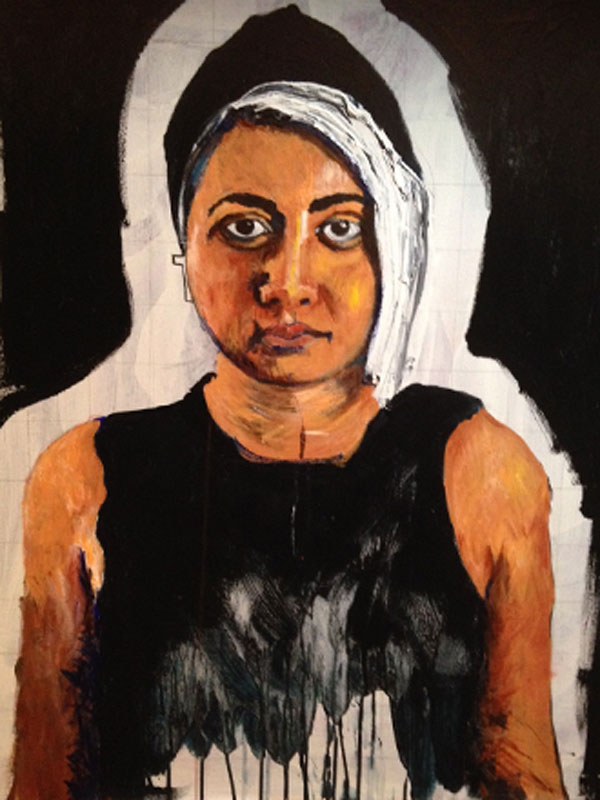 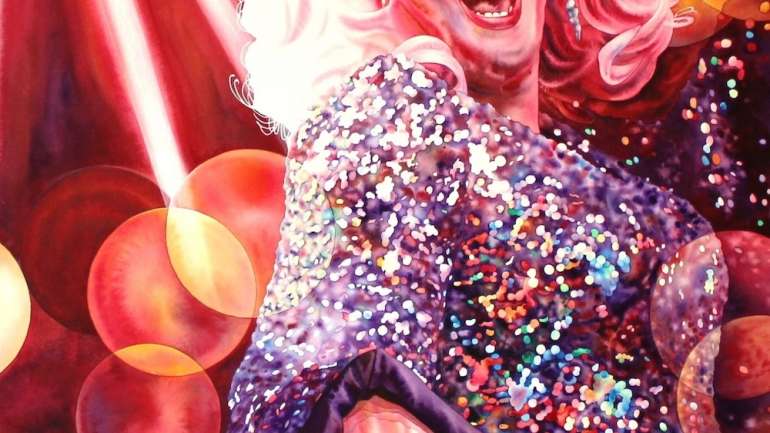 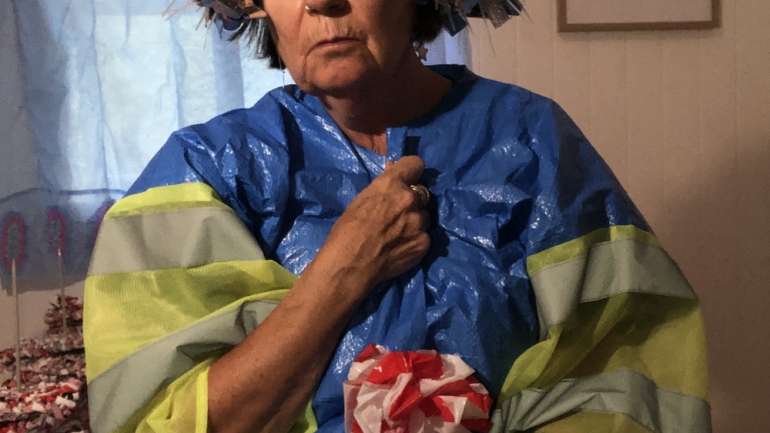 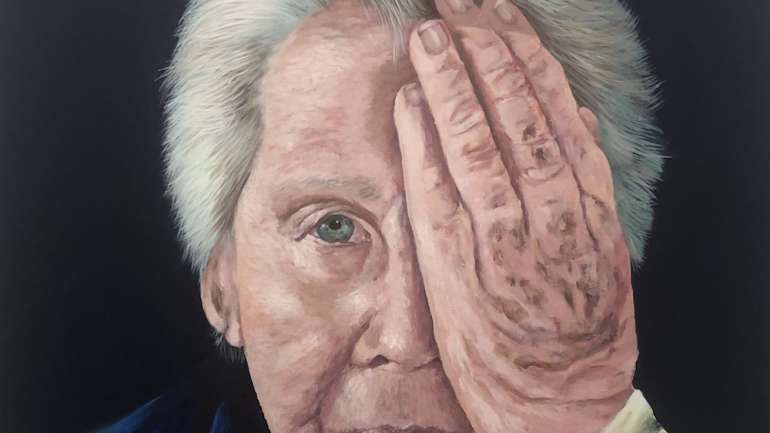