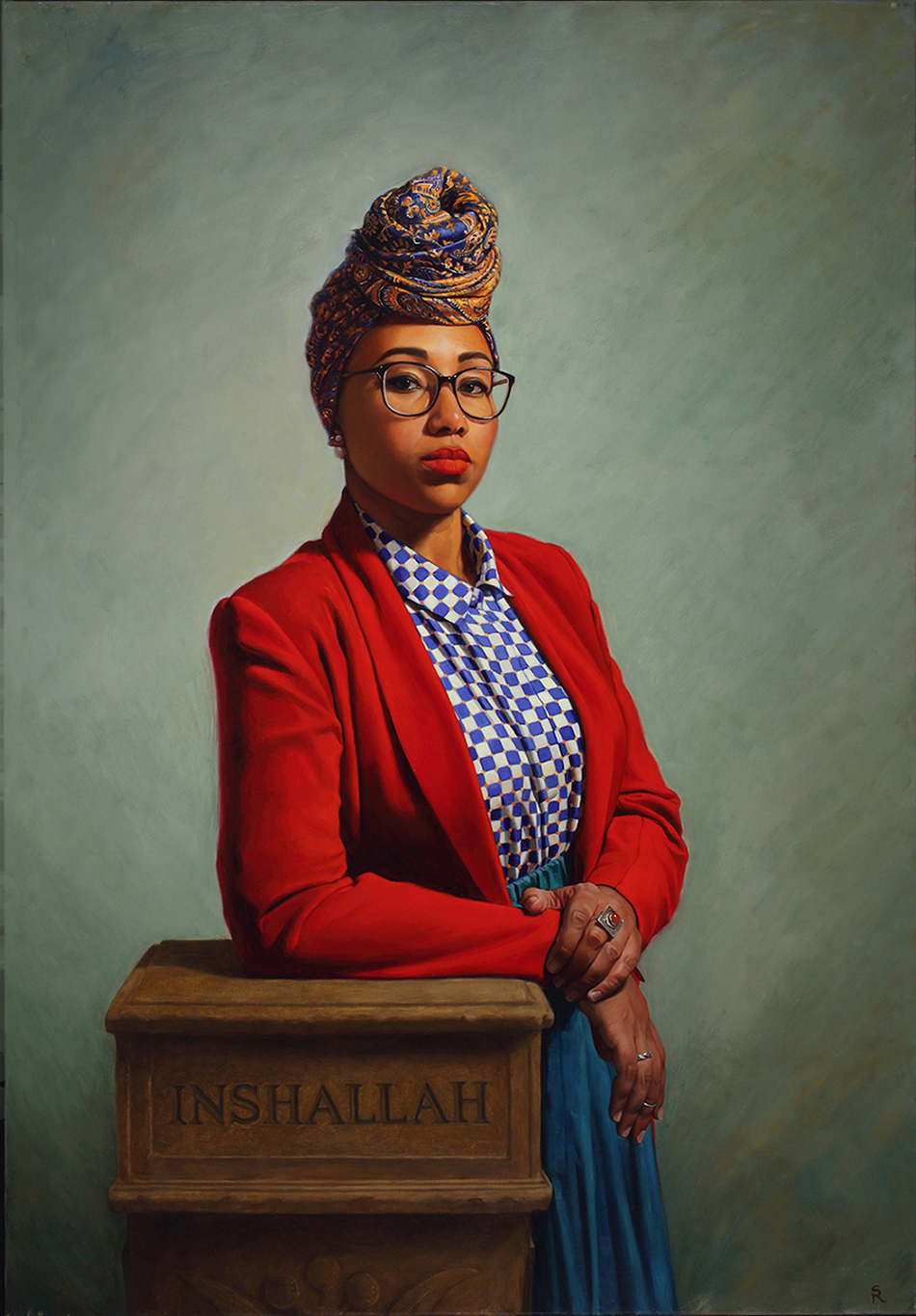 Sally Ryan is a contemporary realist artist and portrait painter, whose artwork has been recognised in numerous competitions both nationally and internationally, including the Archibald, Doug Moran and Portia Geach. In 2014 her artwork won the Kennedy Prize and this year she was awarded Signature Status with the Portrait Society of America for continuous excellence in portraiture. She also teaches portraiture in Sydney, and run workshops in Brisbane and regional NSW.

Sally Ryan’s portrait is of Yassmin Abdel-Magied, who is an expatriate Sudanese-Australian media presenter and writer. She also worked as a mechanical engineer. She was named Young Queenslander of the year in 2010 and Queensland Australian of the Year in 2015 for her engagement in community work. Yassmin is outspoken about issues that are important to her such as race, gender, tolerance and belonging. Yassmin Abdel-Magied works and writes in the cross cultural space, and is outspoken in her views. This painting references traditional western portraiture in style and composition, with her leaning on the traditional classical pillar. The words on the pillar say “Inshallah”,  the Arabic language expression for “God willing”.