Melissa Egan has a Bachelor of Arts/ Asian Studies degree from the Australian National University. She has been a finalist in the Sulman Prize, the Archibald and hung in the Salon De Refuse. Egan has been a finalist in the Doug Moran and Portia Geach Portrait prizes, the Blake Religious Art Prize, Fleurieu Landscape Prize, Kedumba Drawing Award and  Brisbane Tattersall’s Landscape Prize.

Jacki MacDonald is a Brisbane TV star and who audiences will remember from Hey Hey It’s Saturday, and a host of other programs. During the 1970s and 1980s she won several TV Week Logie Awards for Most Popular Female Personality in Queensland. In 1991 she hosted a season of Australia’s Funniest Home Video Show, and then Healthy Wealthy And Wise which was being produced for Network Ten. She continued with the new program for a couple of years before leaving television altogether.  She is now best known for helping develop the Eat Street Markets. After doing her social media role for Eat Street, Jacki rushes home to feed her horses. Melissa Egan says of Jackie: “Affectionately known as Mrs Carrot to her friends, I painted Jacki with Comet in his Bee Keepers outfit, reminiscent of a trusted steed going to battle with Jacki in her military gear. “ 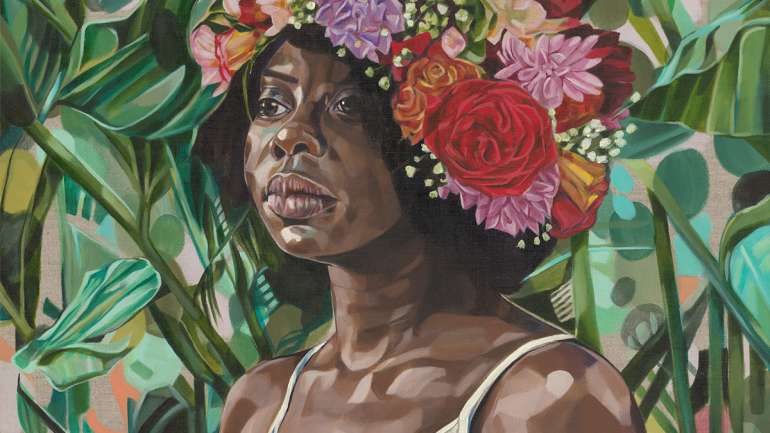 Melanin Garden – A Portrait of Anisa Nandaula by Tamara Armstrong

Melanin Garden – A Portrait of Anisa Nandaula by Tamara Armstrong 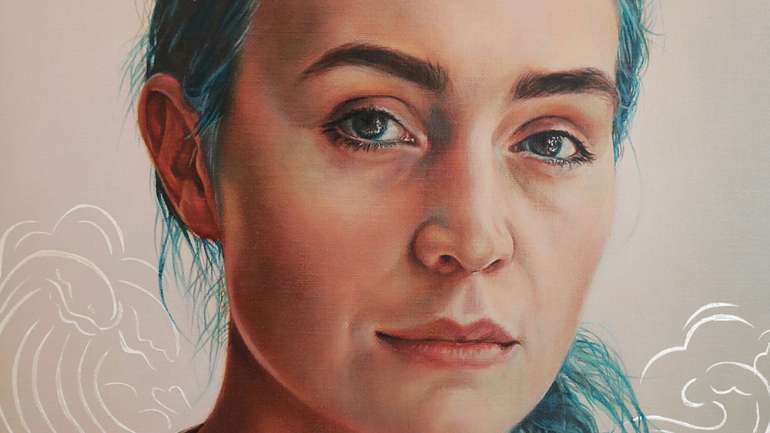 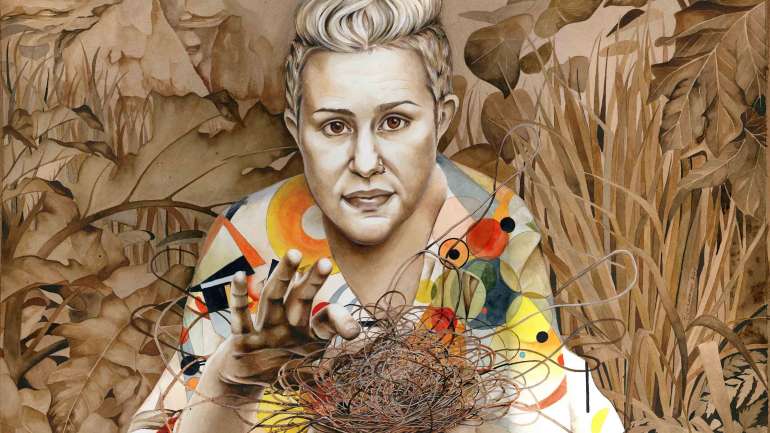