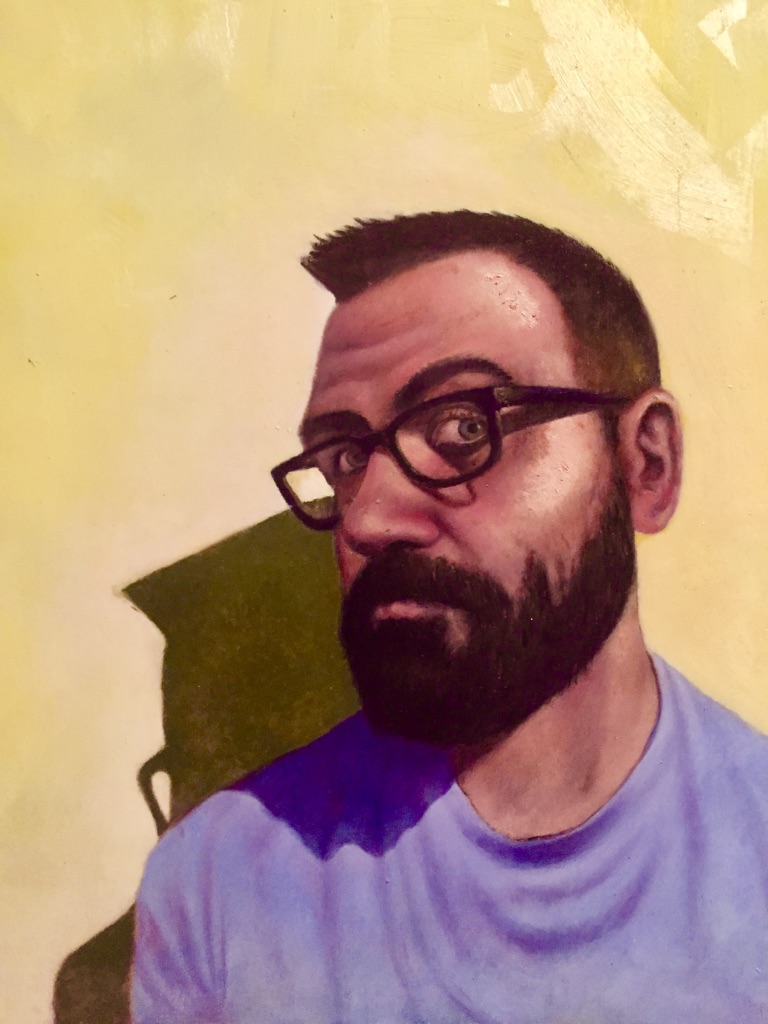 Greg Perry is a Brisbane based artist who uses his personal relationship with and memories of the subject to directly inform the portrait painting process. He works through multiple drawings to develop the basis of the work; building up the oil paint through layers of scumbling and glazes to tint and form the flesh. He enjoys painting people with whom he shares a personal history. He says: “The process of adding layers is slow and as such allows time for the subject to re-enter my thoughts. Often paintings are left, revisited and reworked this process mirrors the layers of relationships between people. This process enables a deeper understanding of the sitter and will often create a new enjoyable experience between myself and the sitter.

Paul Grealish, the subject of this painting is an Irish-Australian, Brisbane based writer of speculative fiction and podcaster. Paul was born in Galway, Ireland, and grew up in a raucous, working-class environment. His late father instilled in him a deep love of sport, though a singular lack of talent has made him more spectator than participant. A graduate of the University of Limerick, National University of Ireland, and UQ, he has worked in politics, education, and healthcare. He lives on the Southside with his wife, Lauren, and a small menagerie that includes a Belgian Malinois and a pair of listless cats. An eclectic bunch of interests include philosophy, economics, rugby, and professional wrestling. When not cooking, pondering, or pottering, he can be found writing flash fiction on Twitter, podcasting, or staring wistfully off into the middle-distance. 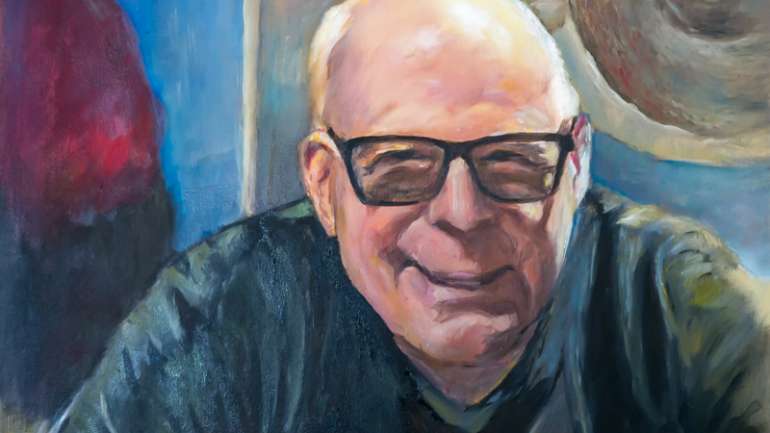 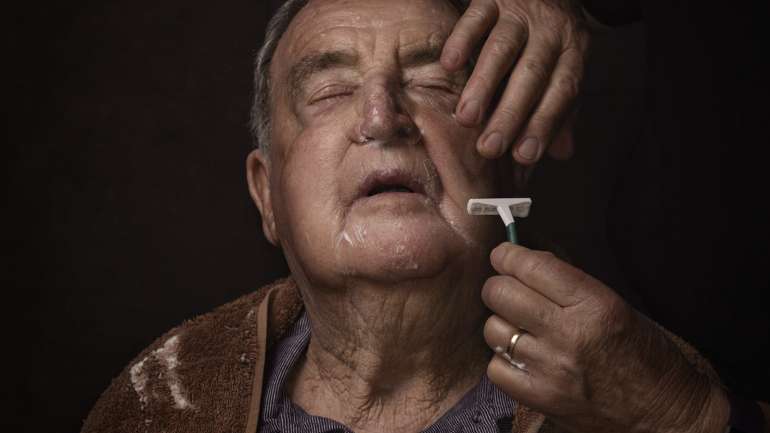 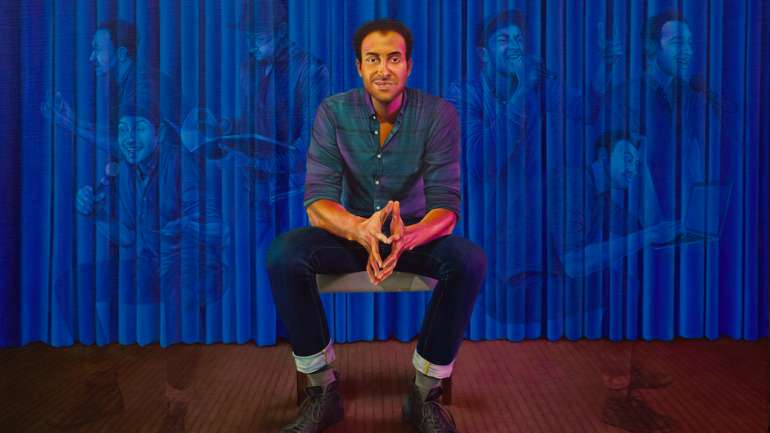