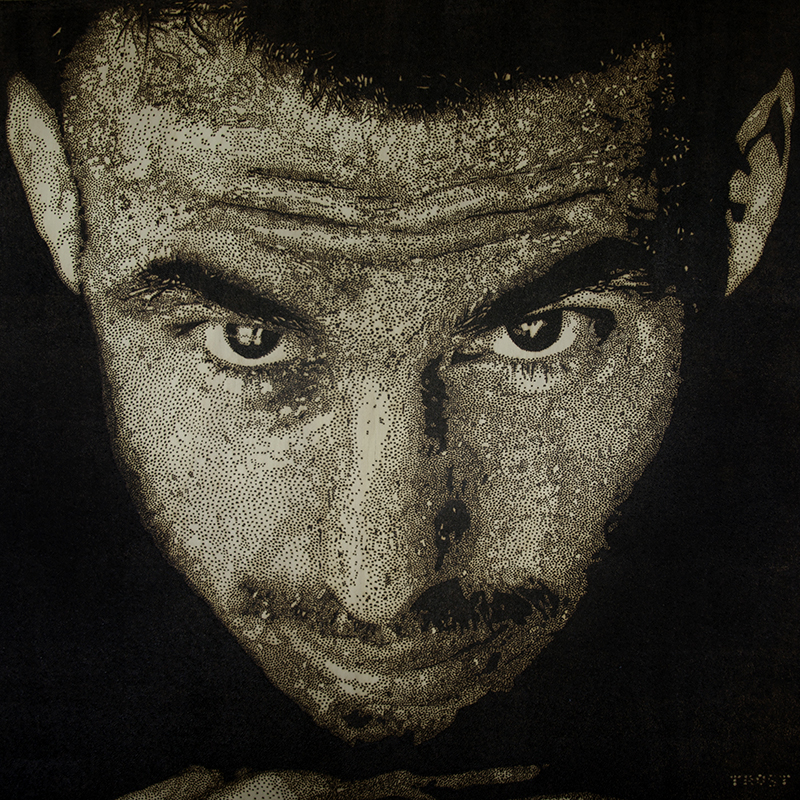 Darius Boyd peering out of the gloom by Edward Trost

Darius Boyd peering out of the gloom

Edward Trost has 31 years in the arts and entertainment industry producing all types of media, including animated feature films. Trost uses the pokerwork technique to burn the subject’s likeness into the plywood, breaking the portrait down into a collection of tones and individual burn marks. He selects his subjects from people whose inner strength has given them resiliency in the face of mental health challenges. He hopes that by highlighting recognisable people actively working through depression, his art will help to correct misconceptions about this debilitating illness.

As recent captain of the Brisbane Broncos, Darius Boyd has had an amazing rugby league career. He went from school on the Gold coast where he grew up straight to his first year playing full time for the Broncos in 2006, a premiership year. There have been many more successes and also many hard times for Boyd, who has become known as an advocate for mental health issues. In this portrait Trost says; “This introspective portrait was created using ‘pokerwork’ (also known as pyrography), which allows the artist to paint with fire by etching individual burn marks into wood. Perception of the resulting image changes with the position of the viewer and serves as a study in contrasts: simultaneously dark and light, stark and intricate. Like depression itself, what is ambiguous up close gains greater meaning from a few steps back.” 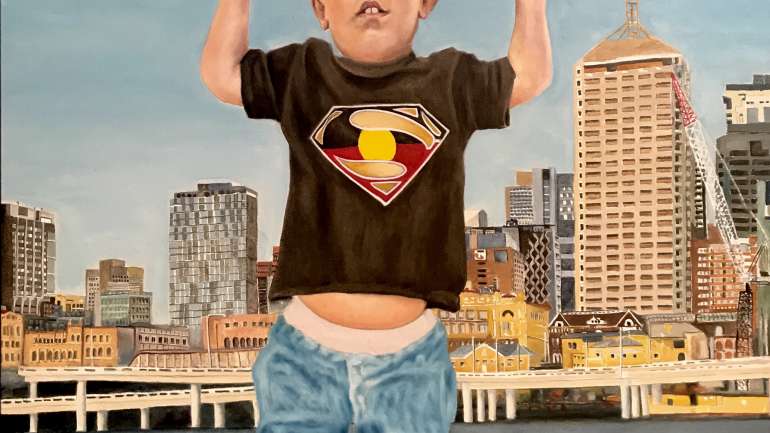 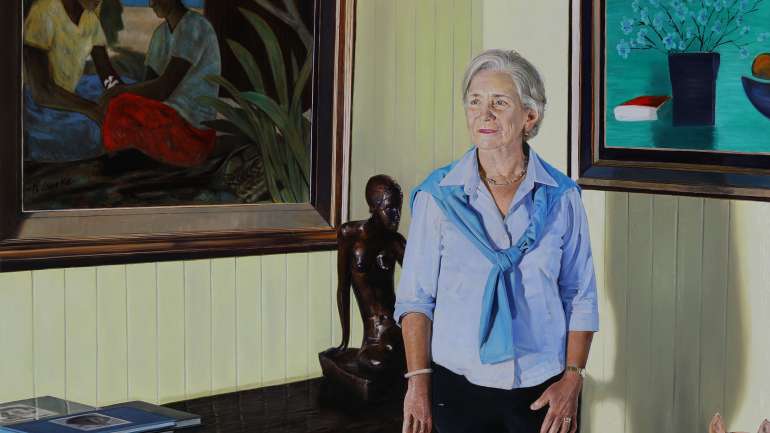 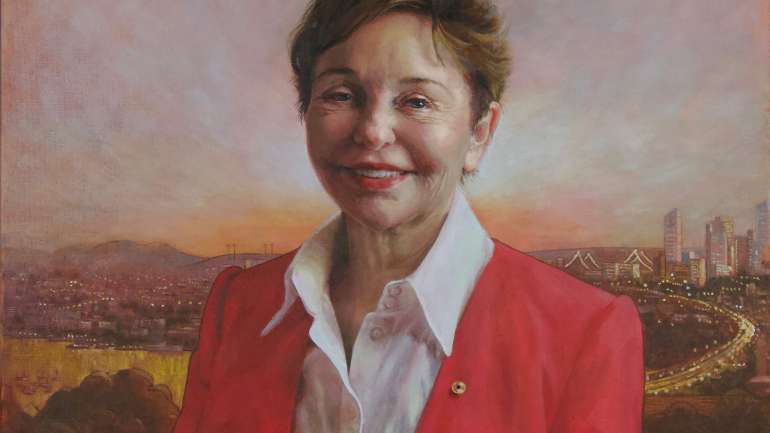 At home with her by Margaret Van Maanen

At home with her by Margaret Van Maanen